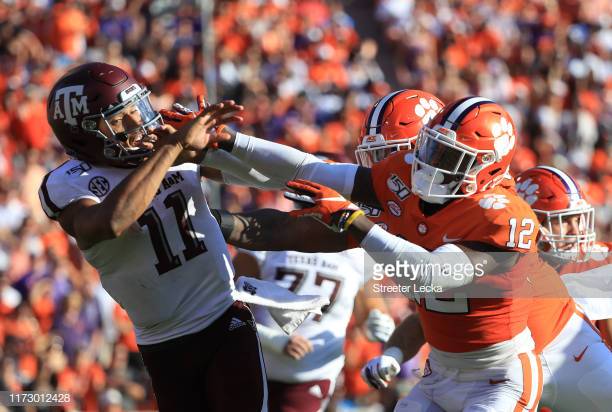 The day has finally come. The culmination of draft season is now reaching its peak and it seems about that time for me to release my final mock draft. This year’s mock draft has probably been the toughest in a while. Trying to figure out where the Pittsburgh Steelers are allocating their draft interest this year has been challenging for a few reasons. As everyone knows, Pro Days have been cancelled, leaving no paper trail on the schools that Kevin Colbert and Mike Tomlin have visited. Prospects visiting the facility have also been cancelled, leaving virtual pre-draft meetings as our only indicator on where the Steelers are leaning.

While all the factors listed have made it a tad more challenging, it has also made this year a lot more fun. The Steelers can go many different ways this year and that has made this puzzle even more compelling. Anyways, here is my best go at it. Some may agree, some may despise some of the selections, whichever category you fall into, make sure to let me know in the comments below.

What a wild ride this spring has been. Two months ago, I would have never had a running back to the Steelers but as the world has shown, a lot can change in a short amount of time. One event that changed my mind was Kevin Colbert’s comments earlier this month, stating “[James Conner’s readiness is] not gonna be a question, but again it’s our job to make sure we have options and alternatives and competition ready to go, and that’ll be what we’ll be working on.”

If the Steelers need alternatives and ready competition, Florida State running back Cam Akers can be that guy for a few reasons. Starting with the obvious, he met with the Steelers back in February at the NFL Combine. Second, he is still just 20-years old and lastly, he is as pro-ready as they get for a second round back. Despite Florida State’s offensive line being suspect at best, Akers still managed to put up over 1100 rushing yards and 14 rushing touchdowns. He also shows the ability to be a three down back. With Conner heading into the last year of his rookie deal and with an extensive injury history, Akers will provide a reliable presence in the running back room for 2020 and beyond.

Next up on the Steelers’ agenda, replacing Javon Hargrave. Not an easy task at all but the Steelers look towards the Big Ten conference and come away with Ohio State defensive tackle DaVon Hamilton with their third-round selection.

Hamilton does a good job plugging the run, which is a requirement in a division that will feature premier running backs like Nick Chubb, Mark Ingram and Joe Mixon. He has a good amount of strength and shows the ability to control double teams. While his pass rush ability may be nowhere near the first tier of defensive tackles or near that of Hargrave, Hamilton did record six sacks in 2019, perhaps leaving promise that there is room to grow in this category.

The safety positioned has been transformed over the last two years as the Steelers have added Minkah Fitzpatrick and Terrell Edmunds. Behind them, the team does not have much, with just Jordan Dangerfield and Marcus Allen waiting in the ranks. The team is one injury away from this position going from great to unimaginative horror, making safety another pressing need to address.

The Steelers address that need with the selection of Clemson safety K’Von Wallace in the fourth round. Wallace is a versatile player who was positioned all over the field for Clemson, playing safety and as a slot corner. While he may not be able to handle true man coverage duties against quicker NFL slot receivers, he is still an intriguing prospect that can be utilized effectively in sub packages. He’s also a very physical player who tackles well and is disruptive at the point of attack. Wallace is coming off a strong Combine appearance where he tested incredibly well. While I worry that he may be off the board at this point, other names to consider as consolation could be Texas safety Brandon Jones or Iowa’s Geno Stone.

Bit of a wild card pick here but the Steelers go offensive line with their second fourth round selection, choosing LSU tackle Saahdiq Charles. Now, while many are pointing towards the interior being a more pressing need for the Steelers, Matt Feiler sliding inside to LG leaves more than enough depth at the position. This leaves Zach Banner and Chukwuma Okorafor to battle it out for the right tackle spot.

Charles can come in and develop for 2020 and perhaps beyond as he is an interesting project player for a few reasons. He is still very young and will not turn 21 until July, giving the team plenty of time to develop him. This also leaves a lot of room for Charles to grow not only as a player but also physically. He is a bit undersized now and will likely need to add weight to stick as a tackle but he has a high ceiling if he can reach it.

Cal linebacker Evan Weaver is the only player who remains from my original mock draft and for good reason. Not only is he a player who has very impressive tape but the Steelers have shown interest as well. It recently came out that the Steelers held a pre-draft FaceTime meeting with Weaver. The Cal linebacker has everything that the Steelers covet in their linebackers. He is instinctive, smart, high motored and a tackling machine. If you do not want to take my word for it, just take a look at his record-breaking numbers and roll the tape.

Weaver can continue right where Tyler Matakevich left off. He has the perfect build up for being a special teams’ standout and can eventually grow to be the team’s top backup option at inside linebacker.

Let’s call a spade a spade. The Steelers have not been very good at drafting and developing cornerbacks but that does not mean they have not stopped trying. Under Tomlin, the team has drafted at least one cornerback in 10 of the last 11 drafts and the trend continues late with their last selection going towards Oklahoma State CB A.J. Green.

Green recently had a pre-draft FaceTime meeting with the Steelers and comes equipped with good size, standing at 6’1. He was also invited to this year’s Senior Bowl and has gotten his hands on quite a few footballs. Since 2017, he has recorded six interceptions and 21 passes defended.

Final Thoughts: “No receiver?!” Go ahead, say it, I know that is what many of you are probably thinking. Really struggled with not putting a receiver down anywhere, it is a strong class and I pondered many options throughout the exercise as noticed in the others considered portion underneath each pick. USC receiver Michael Pittman Jr. makes sense if they go that route early. So do the likes of Chase Claypool who is really an interesting prospect with great size and speed. In the middle rounds, be alert for names like James Proche, Devin Duvernay and K.J. Hill.

Otherwise, I’m pretty pleased with the general direction of this mock draft. The Steelers get a running back who should be ready to play immediately and who knows if a back like Clyde Edwards-Helaire drops as well. They get a defensive tackle who will battle for snaps and some safety depth with versatility. Took an interesting approach to address the OL which will have some intrigued and others scratching their head. Then there is Weaver who is a fun player I enjoyed watching this spring and I am pulling for him to fall into the Steelers’ lap. It may not be perfect but a lot of needs are addressed.

Last but not least, just want to thank everyone for reading and following along this spring. From heading down to the Senior Bowl to writing draft profiles, it has been a blast and I hope you have enjoyed all the coverage from the Depot. Look forward to deciphering the players the team has chosen in the near future.