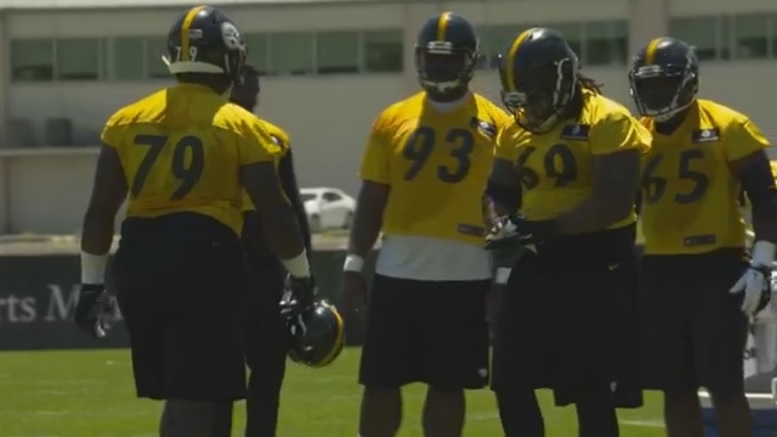 Even for the most stacked team in the league, it would be difficult to fulfill all of your roster ‘wants’ when you only have six draft picks. And doing so with a quality player that you really feel strongly about is even more difficult.

32 teams just drafted 255 players and probably signed another 300 or so as undrafted free agents, but even with the vast influx of personnel onto 90-man rosters throughout the NFL, teams are still going to feel as though they have significant needs remaining, which they will have to seek to fill utilizing unrestricted free agency.

The good news is that, thanks to the new Collective Bargaining Agreement, the time period during which players are Compensatory Free Agents, meaning that are eligible to be factored into the compensatory pick formula, now no longer ends in the middle of May, but rather on the first Monday after the draft, at 4PM. Per Addendix V, quoted in excerpt:

That is today. So let’s say, just as a random example, the Pittsburgh Steelers are not thrilled about how they were able to address the nose tackle position in the 2020 NFL Draft. The only defensive lineman that they picked up was Carlos Davis in the seventh round out of Nebraska.

After losing Javon Hargrave in free agency, the Steelers did not acquire anybody since then who would obviously be ticketed to line the middle of the trenches in a 3-4 front. While players like Tyson Alualu, Isaiah Buggs, and Chris Wormley could be considered potential conversion candidates, there was no mention of this by Kevin Colbert or Mike Tomlin after the draft.

So as of later today, the Steelers would be able to sign a defensive tackle while accruing no penalties in the form of damaging their compensatory picks for 2021. Among the players who currently remain available are Damon Harrison, Mike Daniels, Sylvester Williams, Domata Peko, and Xavier Williams…and L.T. Walton, of course.

Then again, based on the money the Steelers have available to sign, any player they might consider signing would likely come in short of the benchmark for qualifying for a compensatory pick. Right now, the 32nd compensatory selection is estimated by Over the Cap to be Timmy Jernigan, who signed a contract averaging almost $4 million per season.