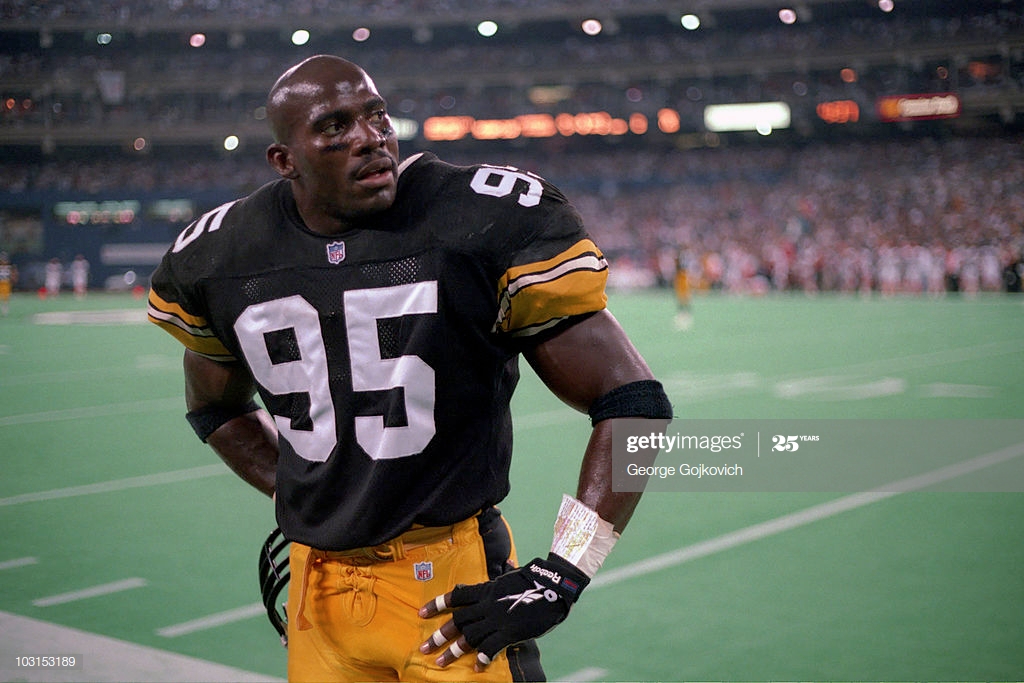 The hits keep coming as we continue to explore the best draft picks of the Pittsburgh Steelers. Continuing in their tradition of finding gems in small colleges the scouting team picked some real winners in round six making these selections the toughest so far.

Just as a reminder, our selection process covers the Steelers drafts of the past 50 years (1969 to today – yes I added a year) and requires players (with rare exception) to have played in Pittsburgh for the majority of their career in order to qualify.

If we’re reviewing that list with any modicum of sobriety we’d agree most of these are swings and misses when it comes to having a chance to make an appearance on this list.

It’s too early to judge last year’s rookies, although the early returns are looking promising. Which one do you see as flashing the most thus far?

Of the recent sixth rounders, one did make the cut, although it required me to make this a Top Seven list. That’s fine. Seven is a lucky number, right? And, the truth is I just couldn’t keep Williams off of the list and I didn’t want to cheat the guys in front of him.

This list of standouts includes a persona non grata for most Steelers fans, but even if he never plays another down in the NFL, you aren’t going to keep Antonio Brown off of my list.

So…let’s get to it. Here are your greatest draft hits of the sixth round.

For the purpose of this exercise, I’m going to count 2019 as just one wild acid trip in the career of Antonio Brown. I’m not giving him a straight mulligan as his behavior was abhorrent, but I’m also not going to forget the player he was when he was wearing the Black and Gold. Antonio Brown was one of the original “Young Money” receivers for the Steelers teaming up with fellow posse members Mike Wallace and Emmanuel Sanders.

With both Wallace and Sanders taking their money and running, the Steelers acted wisely at the time by choosing the best of the bunch. Brown was originally the least regarded of the three but his famous “ball on the side of the helmet” catch in his rookie season flashed the greatness that would soon come to be fully realized. Brown established himself as one of the NFL’s best by 2013 and by many learned analysts had been the league’s top ball catcher for several seasons running before his bizarre implosion last year. Had he finished his career as a Pittsburgh Steeler with dignity, Brown probably would have been behind only Tom Brady as the GOAT of all of the NFL’s sixth round draft picks of the modern era.

There will probably never be a player like Jack Lambert who so embodied the fierceness of great Steelers linebackers but Greg Lloyd may come close. Lloyd, a black belt in the martial arts took nothing from nobody…and that included his own teammates. He was just…mean…and that fit in perfectly for the Steelers elite defenses of the 1990’s. In addition to having the quintessential temperament he also had top level talent and was the prototypical edge rush 3-4 linebacker. Not only was Lloyd capable of getting to the quarterback—having collected 53.5 sacks for the team in his career—but he seemed always to make big plays when the team needed them most.

Lloyd’s career ended with injury having first blown out his knee and then later suffering from an unfortunate staph infection after an ankle sprain. He got back on the field but was never the same great player that thrilled Steelers fans and struck terror in the hearts of opponents for so many years.

In many ways there is a four-way tie in the three spot but Tunch Ilkin gets the nod here because of his post-playing days as a beloved broadcaster and…well…because he’s such a nice guy. But Ilkin was also an excellent player for the Steelers and a team favorite during the final years of Coach Chuck Noll’s reign. Ilkin was not highly regarded as a rookie and had to work his way into the lineup. He did it by perhaps developing the finest technique of any offensive lineman the Steelers have ever had. His savvy was such as a student of the game that he is a sought-after line consultant having innovated the league famous “Tunch’s Punch”. A two-time Pro Bowler he was the kind of player and individual that any coach would dream of having in their locker room.

Dwayne Woodruff was one of the best Steelers ever at getting interceptions and his talent was such that he was able to get playing time even for the team’s great defense of the late 1970’s. He hauled in 37 interceptions over his career. Woodruff was such a smart player he earned a law degree during his time playing on the team, becoming a judge following his NFL career.

Despite a few recent misfires, when it comes to drafts there is one thing over the past four decades you could say about Pittsburgh Steelers scouts: They know their linebackers. Bryan Hinkle handled what is perhaps the team’s most prestigious position for twelve seasons for the Steelers and although he wasn’t the most spectacular of the famous linebackers he may qualify as perhaps the most steady. Hinkle was equally adept at rushing the quarterback as he was in picking them off as he finished his career with 22.5 sacks and 15 interceptions. In 1986 he was a second team All Pro.

Imagine how difficult it must have been for Gary Dunn when he entered the league as a Steelers rookie. First he realizes that he will have to beat out Joe Greene if he wants to start and secondly that he’ll have to face up against Mike Webster everyday during practice. He didn’t fair well at either but getting to play with the best prepared him years later when he got his turn to be a starter. Dunn was the original great Steelers 3-4 nosetackle and was the model for which others like Joel Steed and Casey Hampton would someday aspire to be. What made him so unique in addition to his gifts at stopping the run was his pass rushing ability. He managed to get 22 sacks during his career, oftentimes while having to take on double teams in the heart of the scrum.

These days, any time a sixth rounder can keep a spot on the roster for what will be Williams’s eighth year, that’s front page news. Vincenzo Jerard Williams has not only been a stout force against the run since he started his career with the Steelers, but he’s been an inspirational force on and off the field. When you’re paired up with linebackers like speed freaks Ryan Shazier and Devin Bush Jr., well you’re going to appear to be a step behind. But, Williams’s game film always displays athleticism and grit and you’ll never run through the man. Probably only second to Cameron Heyward in terms of defensive leadership the past five years, Vince has already earned his place in modern Steelers lore for his heart and determination.

Willie Williams (1993) The end of the 1990’s was a rough time to be a Steelers fan because the team didn’t seem to keep ANY of its free agents. Willie Williams was a promising young player who was one of those who flew the coop. He gets mentioned here because he finally came to his senses and returned to Pittsburgh to finish his career. In many ways he was a player similar to William Gay in that he was much better than what fans gave him credit. Because if you play opposite Rod Woodson…you WILL be targeted. Despite that, he always held up his side of the field.