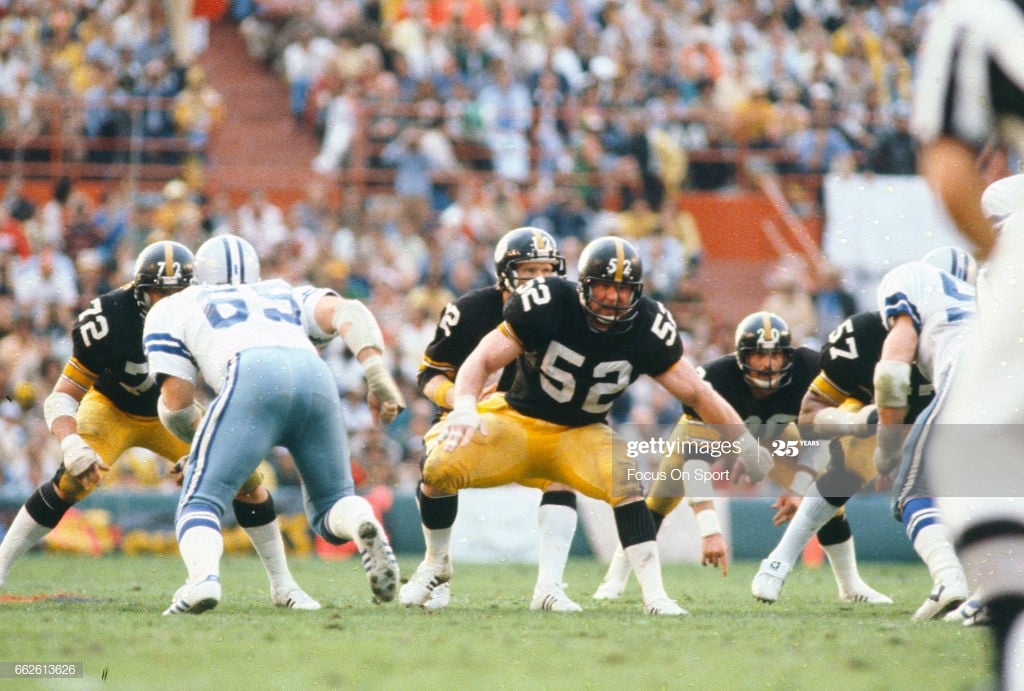 Should you be excited this year when you hear these words: “With their fifth round selection in the 2020 NFL draft, the Pittsburgh Steelers pick…”?

Not if you are a student of the Steelers recent draft history.

You’d have to go all of the way back to the year 2000 to witness team scouts pulling a golden rabbit out of the fifth round hat.

Somewhat surprisingly, players chosen by the Steelers at this level are fortunate to last on the roster and in most cases, at best, only provide team depth.

What? Still not making you want to go out and buy their jersey?

It’s too early in their careers to pass much judgment on this group, but none of these have made a Pro Bowl yet. This we do know.

There was, of course, Jesse James, a fifth rounder in 2015 who deserves some accolades. But, since he and his posse have left town after a short visit to Pittsburgh, we’re not going decorate that selection with flashing gold stars either.

Let’s just say, General Manager Kevin Colbert hasn’t really been feeling it too much in the fifth round.

Yet, despite marginal returns over the past 20 years, it doesn’t mean the well has always been dry for the Steelers in the fifth round. In fact, they managed to select one of the team’s most famous Hall of Famers during this round.

So let’s start spinning some classic vinyl here as we continue with your greatest Steelers draft hits of the past 50 years.

If there is another position other than linebackers that the Steelers are famous for it would have to be center. With elite players like Ray Mansfield, Dermontti Dawson, Jeff Hartings and now Maurkice Pouncey manning the center of the line, it’s been one great torch passed on to another.

But there is none to compare with the Hall of Fame center Mike Webster who was part of the greatest draft in Steelers history if not in all of NFL lore. (Hall of Famers Lynn Swann (1), Jack Lambert (2) and John Stallworth (4) were also selected in 1974). Nicknamed “Iron Mike” and called “Webby” by his fellow teammates Webster was hugely talented. But it was his work ethic and strength of character that made him one of the greatest centers in NFL history. He was the heart and soul of the dominating offensive line of the Steelers 1970’s dynasty years and even carried the line on his shoulders during the declining beginning of the 1980’s.

Every Steelers player has “Webby” stories as he was truly one of a kind. He was a 9-time Pro Bowler and 5-time First Team All Pro. Although the Steelers don’t really officially retire jerseys (except for Joe Greene’s in 2019), it is well known that Webster’s number 52 is one of the untouchables. Webster’s love of the game and his unrivaled commitment to beating his opponent (literally) took its toll. He suffered from severe post-career depression. It was believed to be medically connected with brain damage caused from many years of violent collisions following the snap of the ball.

The Steelers had the luxury of being one of the few teams that ran the 3-4 in the 1990’s with most copycats focusing on the success of the 4-3 fronts during those years. This allowed the Steelers to sweep up 3-4 edge linebackers cheaply in the draft, and Clark Haggans was one of those late round steals. While at Colorado State, Haggans played with another linebacker by the name of Joey Porter, who was drafted by the Steelers the year prior. Haggans had to bide his time with the team playing mostly special teams in his first few years, but when he got his chance, he made the most of it. Haggans collected 33.5 sacks with the Steelers before being swept up by the Arizona Cardinals in free agency where he played most of the rest of his career.

Barry Foster was a great fifth-round value for the Steelers in that he rapidly emerged as one of the top running backs in the league being referred to as “the other Barry” (in reference to All-World Barry Sanders). During the run-centric early days of Coach Bill Cowher, Foster was one of the original “I’ll run him until the wheels fall off” back as in 1992 he ran the ball 390 times in a season. That punishment allowed him to earn 1,690 yards, still the Steelers single season rushing record. Unfortunately, the wheels did fall off rather early in Foster’s career, and his departure due to injuries would soon open the door for the arrival of Jerome Bettis.

One of the best linebackers the Steelers ever drafted and he would have been higher on this list…except he was with the team for only a few years. Nickerson had a difficult time getting out of Coach Chuck Noll’s doghouse for a variety of reasons, yet, when given the chance he flashed great potential. However; it was his move to Tampa Bay and the middle linebacker position of the 4-3 where he fully bloomed. There he was a 5-time Pro Bowler and 2-time First Team All Pro and was voted to the 1990’s All Decade Team.

Known best to Steelers fans as the whimsical sidekick to Tunch Ilkin in their popular radio show, Wolfley’s friendship with his fellow lineman began when both entered the same draft class in 1980. A dedicated weight lifter, Wolfley competed in the World’s Strongest Man competition in 1981 and he placed fifth. He moonlighted in sumo wrestling and boxing and even once lost to Butterbean in a bout. Wolfley never made a big major splash on the NFL field during his career, but he was one of the team’s most dependable players and anytime you can get a longtime starter out of the fifth round you are doing well. Wolfley’s broadcasting career with the Steelers has endeared him as a fan favorite.

Steve Furness (1972) A perennial back-up to the great linemen of the 1970’s Steel Curtain, Furness always performed well when called to action.

Lethon Flowers (1995) The hard-hitting strong safety make his presence known to receivers on the field, although his aggressiveness sometimes got him exposed in coverage.

Famous For the Wrong Reasons

Brent Jones (1986) One of the best fifth-round draft picks for the Steelers but he was released after camp! He ended up getting on the San Francisco 49ers roster where the pass catching tight end thrived by receiving Hall of Fame spirals from Joe Montana and Steve Young which helped to make Jones a three-time All Pro. A player that made Steelers green with envy…and remorse.

Cliff Stoudt (1977) This quarterback holds the record as the most “booed” player in Pittsburgh Steelers history. Hey…who would want to follow an act like Terry Bradshaw anyway?

Tee Martin (2000) Tee Martin’s infamy is that he was drafted by the Steelers while Tom Brady was still on the board! The team seemed to be unwisely looking for the next Kordell Stewart when they made this pick but Martin’s career was short and unremarkable. Brady? Well…