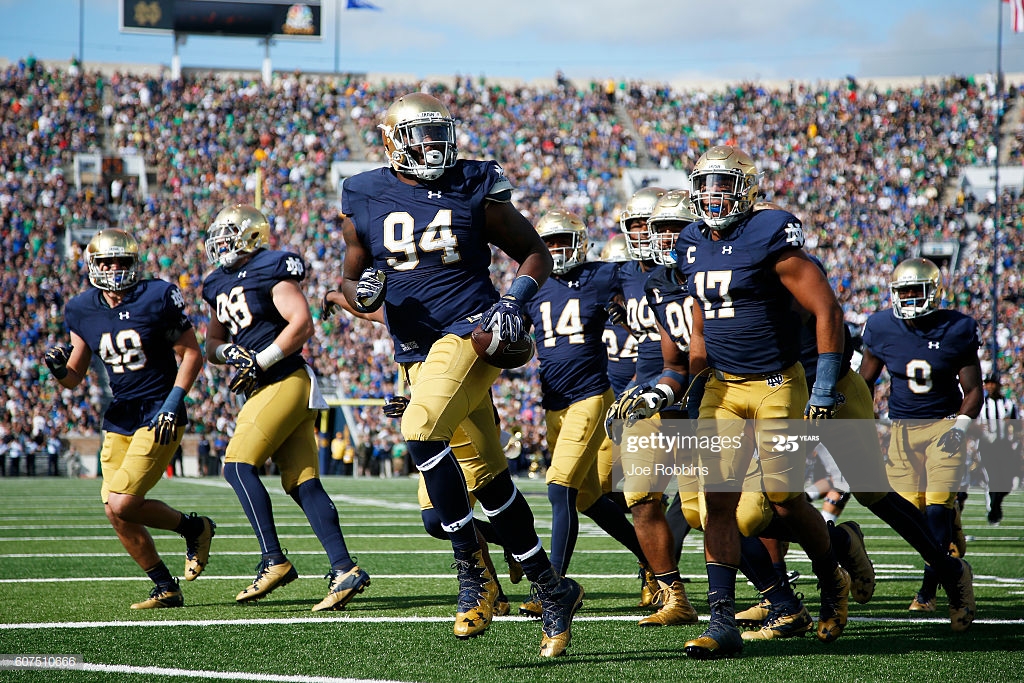 Busy day for the Pittsburgh Steelers as they’re filling up their offseason roster. In addition to signing DT Cavon Walker, they’ve also inked a deal with offensive tackle Jarron Jones. Jones, like Walker, was a member of the XFL’s New York Guardians.

Two members of the @XFLGuardians are signing with the Steelers– DL Cavon Walker and OL Jarron Jones, per source. #Steelers

Jones was selected in the first round of the XFL linemen draft way back in October. He played defensive tackle at Notre Dame, though injuries severely limited the back half of his college career. Listed at 6’4, 315 with 35 inch arms, he started 11 games as a junior in 2014, recording 40 tackles, 7.5 of them for a loss.

He initially signed with the New York Giants in 2017 and bounced around to Seattle, who converted him to offensive tackle. That was followed up with a stop in Buffalo before eventually latching on with the upstart XFL, cancelled five weeks into the season due to the coronavirus. On Monday, all players became eligible to sign with the NFL and the Steelers are clearly taking full advantage of that.

He’ll provide offensive line depth for a team who needs it though his odds of making the 53 man roster are pretty long.

ETA: This signing was made official today: Jones is now the ninth former XFL player to sign with the Steelers this offseason.