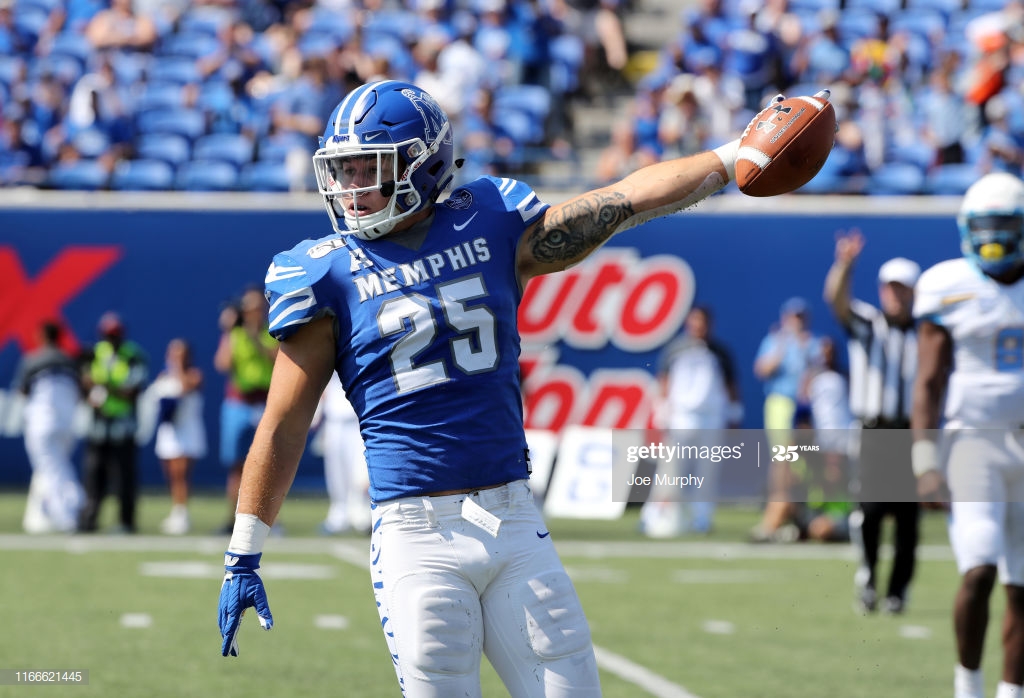 The Pittsburgh Steelers are doing their homework on Memphis linebacker Austin Hall. According to SB Nation’s Justin Melo, the team has communicated with Hall throughout the pre-draft process.

After joining the program as a walk-on, Hall was a four year starter for the Tigers as their “star” position, functioning between linebacker and safety though he told College Spun he spent 2019 playing almost exclusively linebacker, inside and out. Versatility seems to be his calling card.

“As for my position, I’m versatile. I can do a lot of things for sure. I’m willing and open to play any position. If I need to put more weight on and play linebacker, I will. Honestly right now, could definitely see myself at this weight playing at strong safety down in the box.”

Athletically, his numbers are impressive. And the Steelers have a strong relationship with Memphis given the ties to so many in the organization. Mike Tomlin, Keith Butler, and Randy Fichtner have all coached there.

In his career, Hall registered 279 tackles, 33.5 of which for a loss, with five sacks and five interceptions. Draft Scout projects him to go undrafted but with those workout numbers, it’s possible he works his way into being a late Day Three selection.