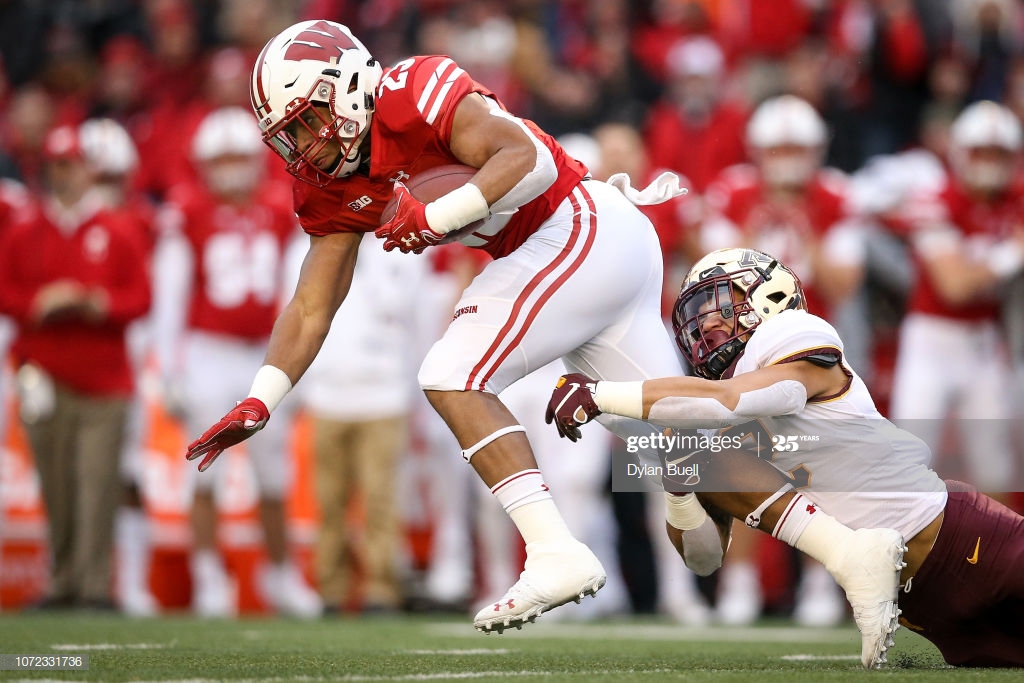 Little bit of last-second information courtesy of ESPN’s Brooke Pryor. One that will get most Pittsburgh Steelers’ fans excited. According to Pryor’s latest article highlighting the online meetings prospects, Wisconsin RB Jonathan Taylor has talked to Mike Tomlin.

Taylor recounted the interaction in the piece.

“Both Bradley and Taylor received FaceTime calls from the Pittsburgh Steelers in the past month. For Bradley, seeing coach Mike Tomlin’s face on his phone was a little surreal.

“I was shocked,” Bradley said. “I’ve only seen him in video games and TV, and to think I’m actually talking to him, I was in disbelief. It was kind of cool …”

When Tomlin called Taylor, the running back couldn’t help but laugh when he noticed the Steelers’ head coach was outside, enjoying a walk around his Squirrel Hill neighborhood in Pittsburgh.

“It was pretty funny,” Taylor said. “He said in his house there wasn’t a great connection or something was going on. So he was outside on a walk.”

Bradley is Temple linebacker Shaun Bradley, whose meeting with Pittsburgh we covered Saturday.

Of course, Taylor is the headliner. And aside from Tomlin’s apparently spotty Internet connection – I’m sure that won’t be an issue on draft day – there’s some level of interest in the Badgers’ back. He’s considered one of the best backs in the class and checks the boxes of what the team looks for. He has the size at 228 pounds with rare athleticism, running a 4.39, and more importantly to the team, elite levels of production. In three years, he rushed for over 6100 yards and 50 touchdowns.

Two years ago when referencing Jaylen Samuels, offensive coordinator Randy Fichtner noted how much the team looks for guys who had plenty of college success.

“About a month ago I said he was one of those guys on tape who scored touchdowns in college. He’s just that kind of guy. He makes plays, and he didn’t let us down last week.”

You’re not going to find more production than what Taylor did.

The biggest question is if he’ll be available by #49. Most draft outlets project him to be off the board by the time Pittsburgh’s on the clock. But should Taylor slip, based on their history, he’ll be hard for the team to pass on.