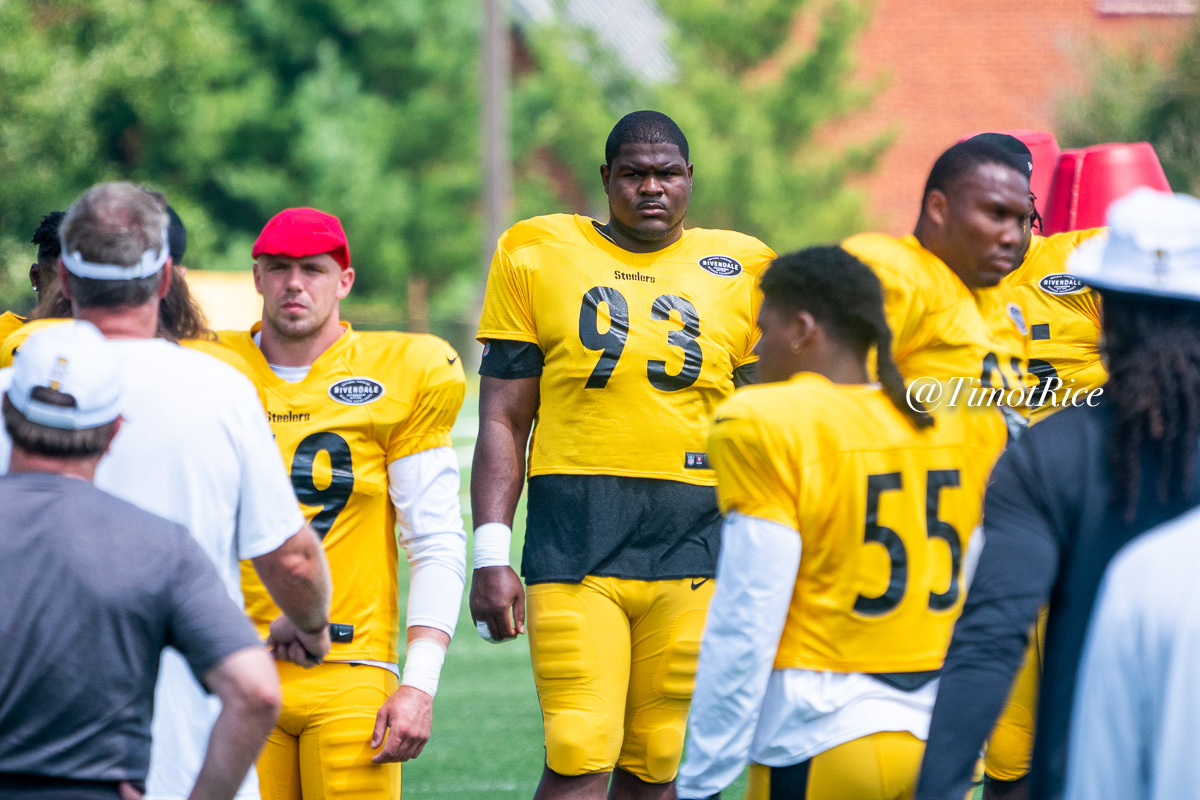 The NFL Draft is the last marquee moment to improve your team. Yes, there’s still free agents available and Kevin Colbert isn’t one to shy away from an August trade. But essentially, this past weekend was the best chance to plug holes in the roster. To some extent, Pittsburgh did that. Chase Claypool gives them quality depth at receiver, now four deep at a position where you pretty much have to be. Ditto Alex Highsmith at outside linebacker and Kevin Dotson at guard.

But there were two spots nearly left out in the cold, only addressed with the team’s last two selections of the draft. And they were glaring spots on the roster – nose tackle and safety.

Entering the draft, I had two questions.

Who is the Steelers’ nose tackle?

Who is the Steelers’ backup safety?

Unfortunately, I exit the draft still asking myself the same two things

Drafting safety Antoine Brooks Jr. in the 6th round followed by Carlos Davis in the 7th is better than nothing. But those late Day Three adds are the roster equivalent of having a PennDot worker stand next to a pothole and yell “Look out” to cars. It’s helpful, I guess, but that doesn’t fix the problem.

And I get it. Only six selections. Hard to fill all those needs. But basically ignoring both until the very end is asking for trouble. Brooks and Davis? It’ll be a win if they make the team out of camp. Neither are ready to help on defense right away.

Colbert is accurate to call nose tackle a dying position. It isn’t *as* important as it used to be. But the position isn’t dead. Playing over 300 snaps a season is significant and if there’s a weakness there – and there is – you’ll feel it. Who’s the guy in 2019? Daniel McCullers? He’s improved the past two seasons, Karl Dunbar has been the best thing that’s happened to his football career, but he’s nothing more than a backup. Chris Wormley? Colbert called him a defensive end. Tyson Alualu? He’s never been a base nose tackle before. Isaiah Buggs? No one profiled him as a nose tackle coming out. At this point, I’d kick Wormley inside and hope for the best, but the fact we don’t have any more clarity after the draft is a problem.

Safety is just as noticeable even though they have two starters. There’s nothing behind Minkah Fitzpatrick or Terrell Edmunds. If the season started today, Jordan Dangerfield now looks like the best option but an uninspiring one whose played all of 81 snaps the last two seasons. In theory, you could move Cam Sutton or Mike Hilton back there but both have virtually no NFL experience as a true safety. Sutton would rotate in some disguised coverages on third down but that’s about it. And even if you do, you lose a 6th DB to run dime packages effectively.

Opting against taking RB Anthony McFarland in the 4th would’ve been a step in solving that problem. McFarland is talented and adds some big-play ability to the offense. But Kerrith Whyte Jr. offers a similar skillset, making McFarland a redundant piece. Pittsburgh went the flashy route with that pick, choosing the 80 inch TV instead of buying groceries.

I’m not mad at the team for letting Javon Hargrave and Sean Davis walk. Truth be told, I would’ve begrudgingly done the same. Both players cost too much. But the Steelers shot themselves in the foot by doing nothing to address those areas in free agency, relying on their limited draft capital to plug things, and then barely even doing that.

Draft someone in the fourth round or higher. Sign a veteran free agent with moderate NFL success. That was the point in signing Stefen Wisniewski, a shrewd move. They should’ve done the same for at least one of those spots. This front office didn’t.

In those areas, Pittsburgh has had countless chances to get better since the start of the new year. They’ve passed those up time and time again and as we sit here today, all they’ve done is get worse.