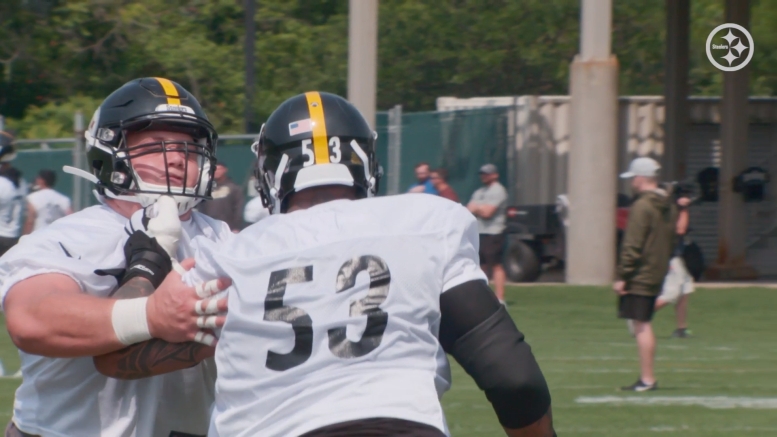 Considering how much was seemingly at stake, it’s actually somewhat remarkable to me that the pandemic has pretty much relegated the fact that a new Collective Bargaining Agreement was agreed upon earlier this offseason to something of an afterthought, even though that new CBA brings with it some meaningful changes.

One of the most practical changes it presents for games is the addition of two more active players on game day, one of which is required to be an (eighth) offensive lineman. If you don’t have the extra lineman, then you don’t get to dress that player.

From the Pittsburgh Steelers’ perspective, and likely other teams as well, this is a real boon for one type of player in particular. “The backup center, particularly the backup center-only, there’s gonna be more global opportunities for employment and participation and availability for games because of the rule”, head coach Mike Tomlin said.

On the Steelers’ roster right now, especially depending on whether or not Stefen Wisniewski starts, that backup center, or really third center, would be J.C. Hassenauer, though they recently brought in another center who played in the XFL, and was a college teammate of Chukwuma Okorafor.

“I think one thing we’ve acknowledged is the ability to dress the extra offensive lineman on gameday, that’s gonna help a center-type player, because in the past, if you couldn’t play two positions, it was hard to get a jersey on gameday”, general manager Kevin Colbert said.

“It’s something we’ve talked about”, he went on. “A lot of times when you’re talking about offensive linemen, we look at position flexibility and the ability to play more than one spot. But now, because we will be able to dress that extra offensive lineman, I think that changes our thinking.

Flexibility is especially important for interior reserves, because if you can only afford to dress one player who is interior-capable, then he most likely needs to be able to play both center and guard. It’s less common to have a tackle/guard combination, though there are plenty of those (see Matt Feiler) as well.

But sometimes there are just some players who are much better at one than the other. Doug Legursky would be a perfect example. Many may not remember this, but during the second half of the 2012 season, the Steelers started a game against the Baltimore Ravens with Maurkice Pouncey at left guard in place of the injured Willie Colon, with Legursky playing center, because they had lost faith in his ability to play guard. He had started the previous game at guard.