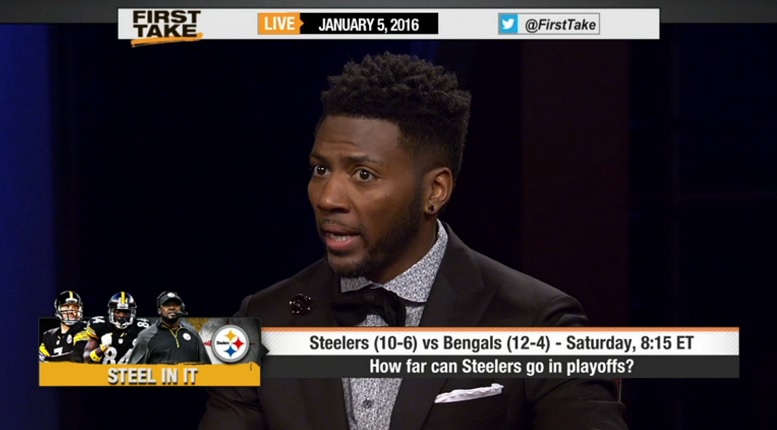 As much as we would like to believe otherwise—or rather, to wish otherwise—the reality of the Covid-19 pandemic has swept through the sporting world unlike any hurricane ever seen before, virtually grounding it entirely to a halt overnight. There isn’t much going on, as a result of that, expect perhaps in the NFL thanks to the fact that it remains in its offseason.

I often hear from posters that they engage in sports, and they come here, to get away from the real world. Sometimes it’s not that simple when the real world knocks at your door. Just ask Karl-Anthony Townes, the NBA star whose emotional discussion of his mother’s own diagnosis touched people around the country. His mother lost her battle against the coronavirus yesterday.

Former Pittsburgh Steelers safety Ryan Clark sent out his prayers and blessings to the young basketballer via Twitter after hearing the news. And at the same time, he shared some of his own, writing that his own mother is now also battling.

I know the fear Karl Anthony Towns felt when his mother tested positive for Covid & I am still living with the fear every day as my mother battles as well. Prayers and blessings to his family for their tragic loss. Rest in paradise Queen.

While there is still a great deal that we do not know about this coronavirus, we do know, as is often the case, that those who are older and those who have compromising healthy conditions are more susceptible to getting the disease, and getting it worse, and thus more likely to experience a fatal event.

The vast majority, however, continue to make it, even among the aged. Recently, a 97-year-old woman in Brazil was announced as the oldest-yet survivor of Covid-19. Two veterans of World War II in Oregon also successfully recovered.

And it’s important to understand how our own interactions in the outside world directly affect our elderly when we then interact with them, because anybody can be completely asymptomatic and otherwise healthy, but still be infected and able to pass that along to others.

To the best of my knowledge, Clark’s mother is the first case of anybody related to the Steelers’ wide family to be directly affected by the coronavirus. I am not aware of any reported cases among active players and their families, though the chaplain of the Cincinnati Bengals was revealed to have contracted it.

The NFL has been fortunate to have been in its offseason when the pandemic occurred. For the most part, the major sports leagues did shut down in time before it could potentially wreak havoc in their leagues.

Nevertheless, Covid-19 keeps the sporting world in a holding pattern as we await the signal to tip off, to kick off, or whatever the appropriate starting designation may be for any given sport. Given that none of them are happening, any would be a blessing right now, and a much-needed distraction.