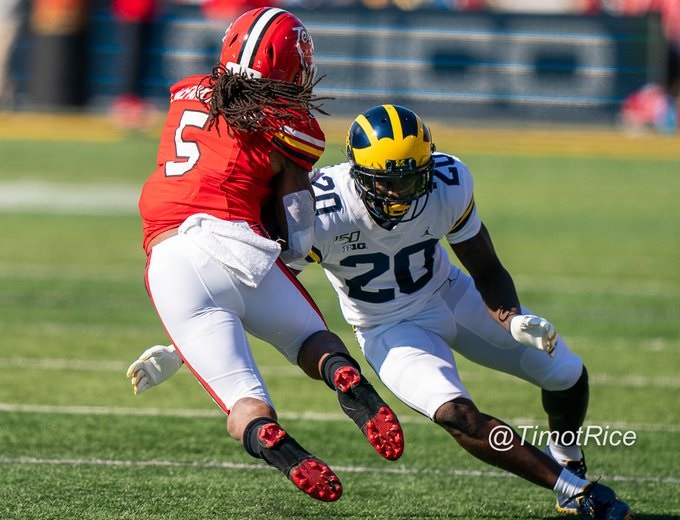 Anthony McFarland is a far cry from the typical running back the Pittsburgh Steelers’ like to draft. McFarland isn’t 220+ pounds. The front office looks for elite production too. McFarland had success in 2018 but his numbers don’t come close to what say, Benny Snell did at Kentucky.

What does McFarland bring? Speed. Something this run game has been lacking for a long time. Speaking with reporters, RBs coach Eddie Faulkner said it’ll be a refreshing change-up in the backfield.

RB coach Eddie Faulkner said Anthony McFarland offers a "change of pace" to the running back room because of his "explosivness." Cited the 298 yards McFarland had against Ohio State in 2018
"He's shown the ability to hit the long ball. That’s a little change from what we’ve got."

Since 2017, the Steelers rank 30th in the NFL with only 25 runs of 20+ yards. McFarland nearly had that many in his two years with the Terps.

17 explosive runs of 20+ for Anthony McFarland on 245 carries. #Steelers

At the Combine, he ran a 4.44 and looks every bit of it on tape. Watch him turn the corner against Rutgers, an angle buster type of player on his way to the end zone.

In two years at school, he averaged 6.7 yards per carry with 12 rushing touchdowns on just 245 carries. Though he didn’t catch the ball often, he profiles as a space player with big-play ability. That’s what the Steelers seem to be counting on, anyway.

Pittsburgh did sign Kerrith Whyte mid-way through 2019, giving them a glimpse of what it’s like to have someone capable of running around – not through – a defense. Whyte’s roster spot just became a lot more unsure today but assuming McFarland makes it, he has a chance to be a dynamic piece to the run game.