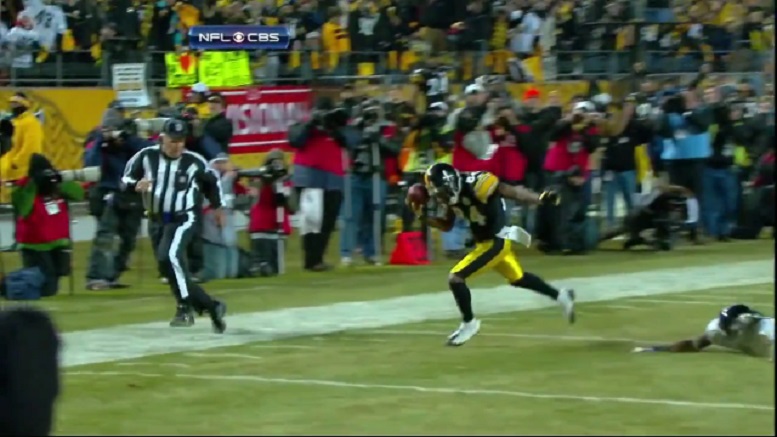 The Baltimore Ravens appear to be the only team that is talking about Antonio Brown these days, not that that is entirely the fault of the front office. They’re not volunteering the information, but it comes up whenever general manager Eric DeCosta steps up to a microphone.

Why? Because the Ravens drafted his cousin, Marquise Brown, last year, and the two of them along with Lamar Jackson worked out together earlier this year. The team’s website even covered that, as well as Jackson recently saying that he would like the Ravens to sign him, while also acknowledging that he has no say in the matter.

DeCosta, following a draft in which the team took two wide receivers, including Devin Duvernay in the third round, was asked once again whether or not the team had any interest in checking out the former All-Pro wide receiver. Prior to the draft, he said they would keep their thoughts in-house. He didn’t say a whole lot more now, albeit in more words:

We’re always assessing the players out there on the streets. We’re looking at guys, we’re making decisions that we think are best for the clubs. If we think there’s a guy out there who fits us, who’s got the skill set to provide value, we’ll certainly pounce on that kind of guy. As Ozzie always used to tell me, we don’t play games until September. So, we’ve got a lot of time to build the best team we can build and we’ll continue to do that. I look at this time period right here after the draft as a great opportunity to get better as a football team and we will look to do that.

The important thing to remember about Brown and any team potentially interested in him is the fact that there remains a looming investigation by the league regarding his conduct surrounding rape allegations that have been put forth by multiple women.

At this point, one gets the sense that the league is using this investigation and its lack of movement as a preventive step to make sure that teams won’t want to sign him. After the Patriots released him, he only received one workout, months later, and since then, he has also gotten himself arrested.

Earlier this month, Brown was officially charged with felony burglary conveyance, misdemeanor battery and misdemeanor criminal mischief charges after he was accused of assaulting the operator of a moving vehicle in January.

A 2010 sixth-round pick, Brown set an NFL record with six consecutive 100-reception seasons. He also recorded the most receptions for the most yards in any six-year stretch in NFL history. He led the league with 15 touchdown receptions in 2018 before he forced his way out of Pittsburgh.