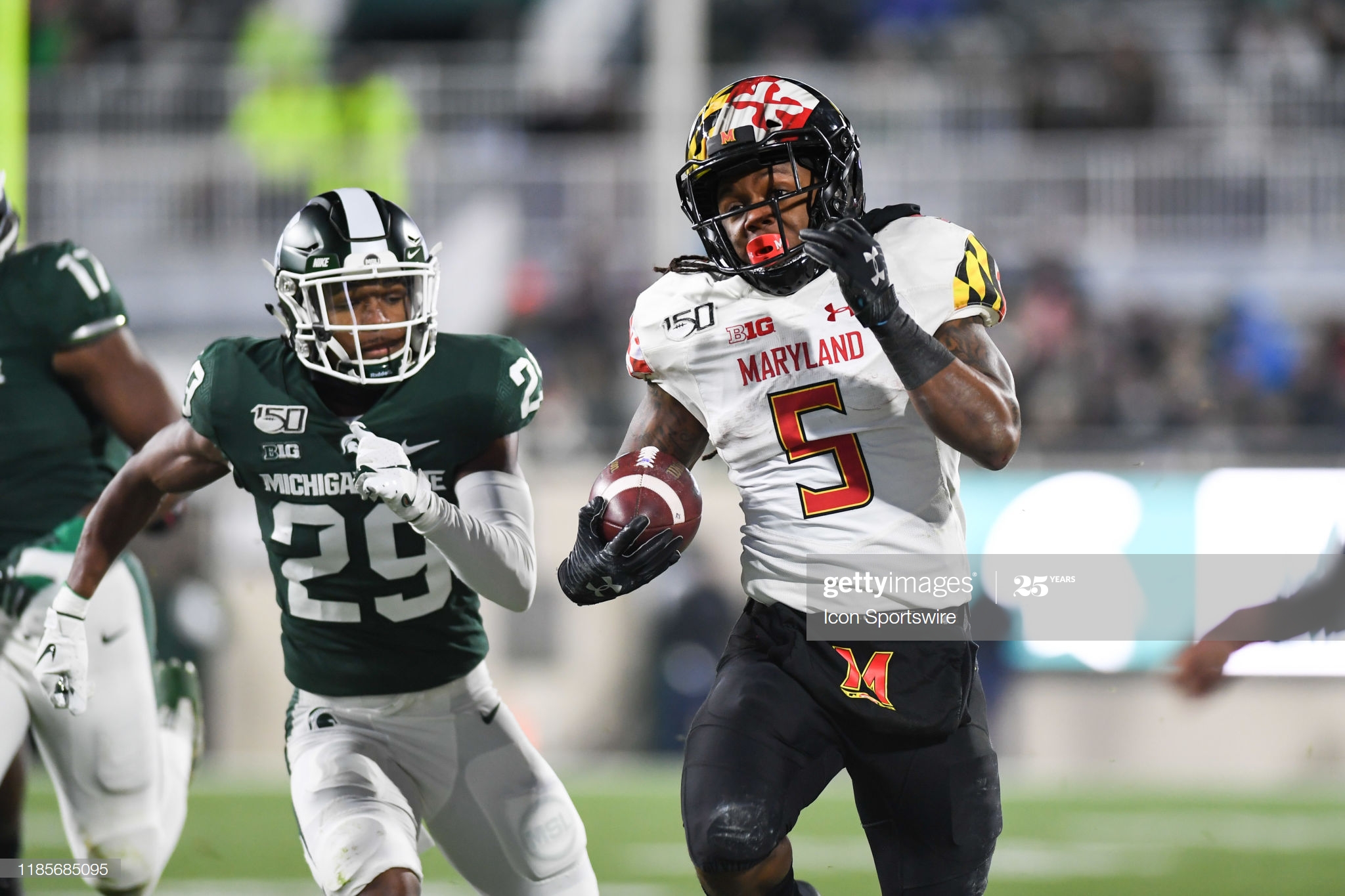 One of the most ubiquitous trends of draft analysis, whether before the draft or after, is the player comparison. It’s basically a two-word scouting report: what play who I already have a feel for is this guy going to be like? And it’s certainly a lot easier than reading a whole bunch of words and watching tape. And clearly just as effective.

This is a roundabout way of introducing the topic of Pro Football Focus’ recent article in which they take a shot at producing player comparisons for running backs who were drafted in the middle rounds, and this just so happened to include the first of the Pittsburgh Steelers’ two selections in the fourth round, Anthony McFarland out of Maryland.

McFarland lands in the Steelers’ fairly open and potentially fruitful backfield. He isn’t a big back but could be an immediate contributor in the passing game. Another smallish back, Devonta Freeman, is his closest comparable player, which would represent a great early-career outcome for McFarland.

In case you missed it, former Atlanta Falcons running back Devonta Freeman was the closest comparison that they reached for McFarland. Over six seasons, the fourth-round pick has rushed for 3972 yards and 951 rushing attempts with 32 touchdowns. He has also caught 257 passes for another 2015 yards and 11 touchdowns.

Freeman’s best seasons came in 2015 and 2016. He rushed for over 1000 yards in both years with 11 rushing touchdowns, averaging about 500 receiving yards each year as well with five touchdowns combined. Thus, he totaled over 3000 yards from scrimmage with 27 touchdowns over that two-year span.

After the Steelers selected him, McFarland said that he sees himself as more of an Alvin Kamara or Christian McCaffery-type running back, in the sense that they can do a lot both as a runner and as a pass-catcher. That would fit in line with the Freeman comparison, even though he didn’t catch many passes in college.

The other player comparisons that McFarland received were for Joe McKnight, Andre Brown, Marlon Mack, and Tony Pollard. That’s not exactly Walter Payton, Emmitt Smith, and Barry Sanders, but there are certainly worse groups of names to be linked to.

The Steelers drafted him and immediately described him as a complementary piece. Of course, you rarely draft even a running back thinking ‘this guy is definitely going to start for us for the next 10 years’. but if they can get a Freeman-like player out of him to work with James Conner, Benny Snell, and Jaylen Samuels, then I’m not going to complain about that.