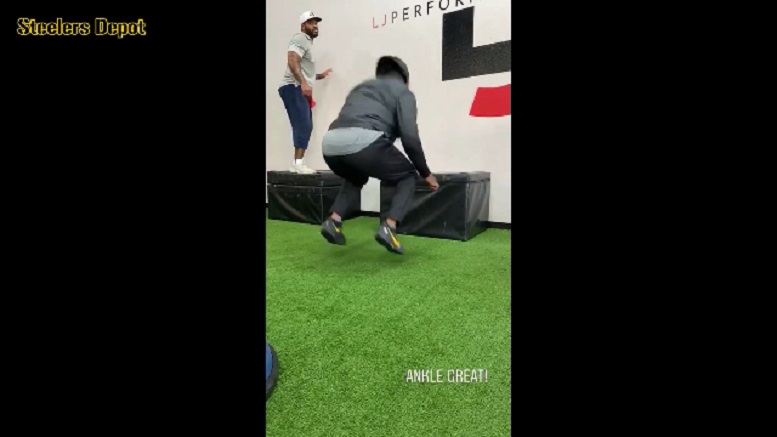 New Pittsburgh Steelers tight end Eric Ebron is making progress with his surgically repaired ankle, according to a Tuesday video he posted on his Instagram account.

Ebron, who signed a two-year, $12 million contract with the Steelers a few weeks ago, posted a video Tuesday morning of him stressing his ankle while doing box jumps. At the bottom of the video Ebron tagged it with “Ankle Great!”

Nearly two weeks ago, Ebron talked to the Pittsburgh media and during that question and answer session addressed the status of his surgically repaired ankle.

“If the season started today, I don’t think I’d be able to 100% perform,” Ebron said, according to Gerry Dulac of the Pittsburgh Post-Gazette. “But we don’t play today.”

Ebron reportedly underwent ankle surgery in early December. The ankle had reportedly been bothering him since before the 2019 regular season started.

“All I know is I’ve had the (ankle) injury since Aug. 4 and I played through an injury till the time I said I couldn’t do it any longer,” Ebron said, according to Dulac. “It was simply my choice from my health standpoint. I made that choice. I went and told them [the Indianapolis Colts] I was making that choice a week before I made that choice. It’s not my job to explain the story. I was hurt. Nobody likes to play hurt.”

Ebron is apparently training at LJ Performance Training in Houston, TX, where he lives.