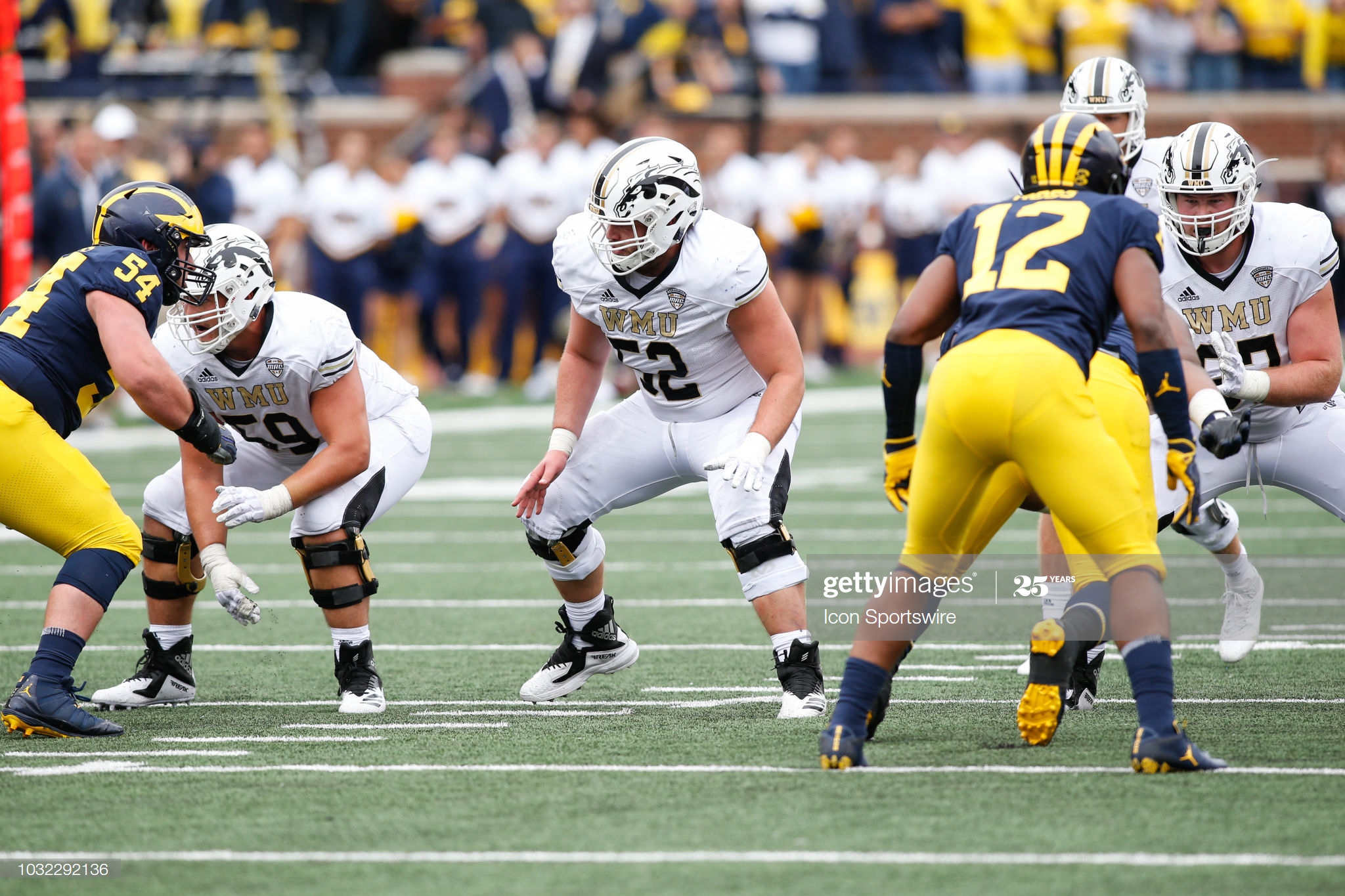 John Keenoy was an undrafted free agent last year, a center signed with the Minnesota Vikings. He would make it through the preseason, active in three of the four games, but that is as far as things would go for the Michigan native, until the XFL called. He would start two games for the Dallas Renegades before the upstart league folded.

Weeks on, he is now a member of the Pittsburgh Steelers after agreeing to a contract with the team yesterday, and whenever he does get the chance to come in, he will see some familiar faces in Chukwuma Okorafor and Robert Spillane, both of whom were teammates with him at Western Michigan.

Okorafor would be most familiar to him, of course, as a fellow offensive lineman. “I love Chukes, played with him at Western for three years, and I’m excited to be back on a team with him and Spillane”, he recently told MLive.com about signing with Pittsburgh.

Okorafor was a three-year starter at left tackle for Western Michigan before declaring for the 2018 NFL Draft as a true junior. The Steelers drafted him in the third round that year. While he would be active as a rookie, starting one game and serving as the tackle-eligible in others, he was passed over for the latter role last year by Zach Banner.

The latter lineman would thus be the one to dress on Sundays, Okorafor a healthy scratch, though when the time came to call upon a reserve to start one game at right tackle, it was Okorafor who was given the opportunity, making his second start of his career.

Keenoy, meanwhile, comes in at a time when the Steelers are working to rebuild their interior offensive line depth, having lost Ramon Foster, B.J. Finney, Fred Johnson, and Patrick Morris since the start of the 2019 season—a starter, a core backup, a reserve on the 53-man roster, and a two-year practice squad center.

“I knew an opportunity might come up at any point, and when Pittsburgh called my agent yesterday, I was really excited to sign with a great organization like the Steelers”, he said. “I get to keep living the dream for as long as I can, so it was exciting news”.

Keenoy was one of four players the Steelers signed yesterday, including three from the XFL, bringing their total to 76 active players on the 90-man roster, including Christian Scotland-Williamson, who has an exemption. That means they have 15 more roster spots to fill between the NFL Draft and college free agency.