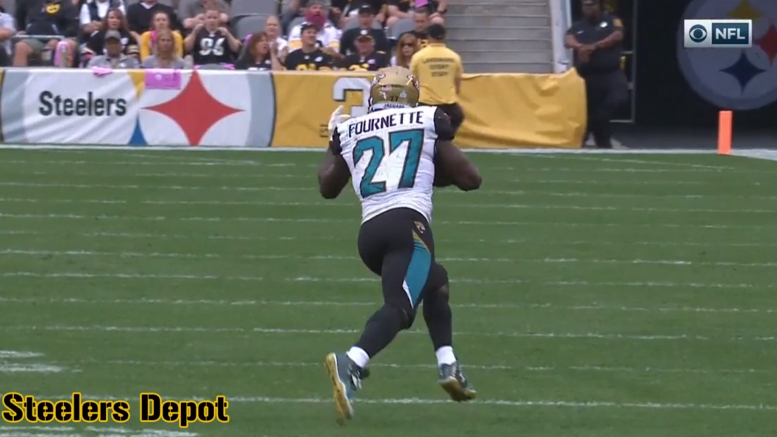 It really seems to be quite rare that commentators in the national media seem to have an accurate pulse on the Pittsburgh Steelers. Even when they’re talking about things that a large section of the fanbase may want to happen or believe to be true, almost always it doesn’t seem to reflect the likely reality.

Other than the rumor that the team was shopping JuJu Smith-Schuster, which was very quickly shot down, the latest round of media attention in Pittsburgh has been trying to get former Jacksonville Jaguars first-round running back Leonard Fournette in black and gold to partner up with James Conner for the 2020 season.

While it’s entirely possible that the Steelers address the running back position over the next few days, perhaps even early, it seems a stretch that they would add a fourth-year running back in the final year of his rookie contract (they probably wouldn’t pick up his fifth-year option) with a 2020 price tag north of $4 million, especially if it requires giving up a draft pick.

Marcus Spears has been just one among many arguing in favor of the pairing. Many in the Steelers media have been approaching it from a team-centric perspective. Spears on ESPN was asked which team he felt would be a fit for Fournette. Here was his full answer:

I like the Pittsburgh Steelers for Leonard Fournette. I look at Pittsburgh a little different than everyone else. Obviously Big Ben is coming back off the injury, but this is an offense and a franchise that has shown they want to have a run-pass option, and they do it a little bit old-school. James Conner before he got injured was carrying the load and having a lot of success. They always build a formidable offensive line, and I feel like Leonard Fournette is a very underrated player. He kind of got lost in the shuffle in Jacksonville, has had his ups and downs…Pittsburgh would be a great landing spot for him, and him and James Conner could actually be a one-two punch that could devastate people in the NFL for a lot of these teams that have actually gotten away from the physical run, but also having running backs that can do multiple things.

Fournette is seen as a hard-nosed runner, but he did catch 76 passes last season for 522 yards, so it’s clearly something that he has bene adding to his game recently. But as far as physical running goes, it really seems as though so many in the Fournette camp have forgotten all about Benny Snell Football.

As a reminder, Fournette has only played in 36 of a possible 48 games so far in his career. He has rushed for 2631 yards on 666 carries for a 4.0 average with 17 rushing touchdowns. Just to compare those numbers to Conner, he has 1581 rushing yards on 363 attempts (reminding that he was behind Le’Veon Bell as a rookie), averaging 4.4 yards with 16 rushing touchdowns.