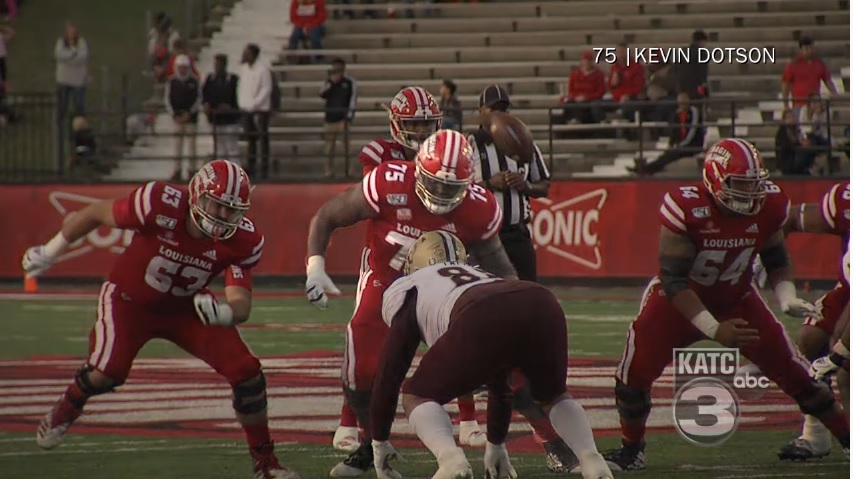 Kevin Dotson was a “first” for the 2020 NFL Draft. He was the first player drafted who didn’t receive that all-important Combine invite. And I’ll be honest. I wouldn’t have expected the Pittsburgh Steelers to be the team to do it. In a year like this, with information scarce, and their history, Dotson bucked some serious trends.

But this isn’t a first for Kevin Colbert. Since taking over the Steelers in 2000, Dotson is one of two draft picks drafted in the 4th round who didn’t receive an invite to Indy.

The other? Ike Taylor. Funny enough, a fellow UL-Lafayette alum.

Here’s the list of non-Combine draft picks this century, 19 in total. Dotson and Taylor are the highest two.

Zero in the top three rounds, only two in the fourth (Dotson and Taylor) and only another three in the fifth. The other 14 players coming in the draft’s final two rounds.

This is admittedly much ado about nothing. Pittsburgh’s famously said they don’t care how their players got here, what path they took. All that matters is that they’re in the door. But I file the Dotson/Taylor Rajun Cajun connection under offseason “stats of the weird.”

In a year like this though, the fact Pittsburgh was comfortable enough to take this chance on him. Offensive line coach Shaun Sarrett said in his post-pick conference call he couldn’t find anyone with a bad word to say about Dotson, Blaine Stewart served as a coach on his team during the Shrine Bowl, and Karl Dunbar’s son played with Dotson for two seasons, 2015-2016.

It’s no coincidence the Steelers went senior-heavy in this draft class and picked players they’re familiar with and had inside info on their backstories like Dotson and the two Maryland selections, Anthony McFarland and Antoine Brooks.