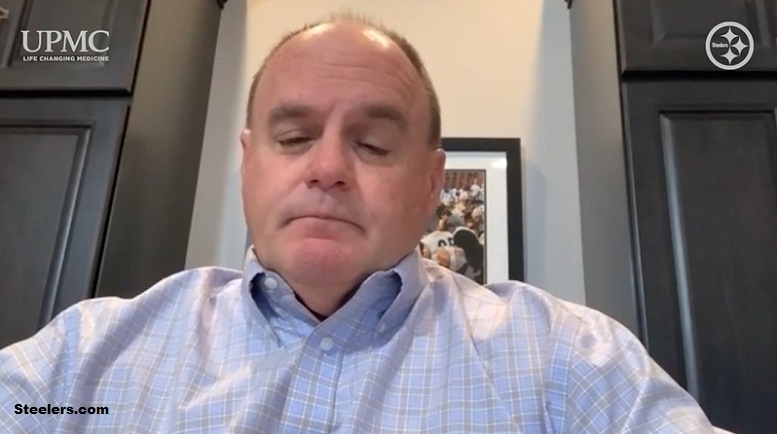 On Friday, March 13, the NFL sent out a memo to all 32 teams information them that travel was banned and that they would not be permitted to bring in NFL Draft prospects to their facilities for the typical pre-draft visits. This was just days leading up to free agency, which they also determined must be done virtually.

There was some confusion as to how restricting the regulations would be on these virtual pre-draft visits because of the wording of the memo, which appeared that it may suggest teams would only be allowed to contact draft-eligible players up to three times per week, which would have made it impossible for them to reach their typical 30 allotted pre-draft visits.

Evidently, the wording intended to say that no single prospect could be contacted more than three times per week. Other sources have indicated that there was no limit to the number of prospects that teams could contact, so in this regard it actually opened more doors than the traditional pre-draft visit process would allow.

Yesterday, Pittsburgh Steelers general manager Kevin Colbert confirmed that they spoke with 47 different prospects via virtual communication. That is obviously more than 30, but not necessarily more than is the norm, because teams are allowed to have visits from players coming out of colleges deemed local to them without counting toward the 30.

“Coach Tomlin and I have interviewed 125 players, either at the Senior Bowl, at the Combine, or through the FaceTime calls, which I think we ended up doing about 37 of those over the last three weeks”, Colbert said. “All said, we still think the depth of this draft is good. We think we’ll get all six of our players from 140, and we’re gonna get some that will start, some that will compete as starters, some will backup, and some will compete with our backups”.

Ordinarily, Colbert would say that they have spoken to something more like 200 to 225 prospects, but obviously opportunities were cut down significantly due to the necessary restrictions. Only a handful of Pro Days were able to be conducted before the rest were shut down for safety reasons. That is typically a primary hub of communication, though a larger percent gets done at the Combine. But not every prospect is invited to the Combine, either.

Elsewhere, Colbert suggested that, while the FaceTime discussions lacked the pragmatic possibility of going over Xes and Os with prospects (saying they chose not to do that for technical reasons), they largely felt that they could get as much information from prospects in a shorter amount of time than if they’d brought them into the facility.

History will have to be the determining factor, I think, as to how much the pre-draft process affects this draft, either positively or negatively. There are some things teams will have less information on than they otherwise have. In other areas, they may have reinforced themselves more than usual.