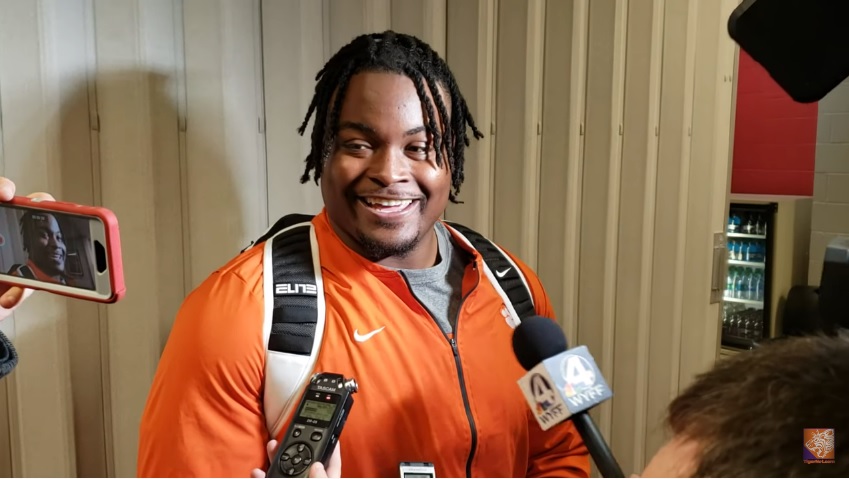 John Clayton, a man who covered the Pittsburgh Steelers long ago, unveiled a three round mock draft for The Washington Post. And he has the team taking a wide receiver with their first selection in the draft, #49 overall. He mocked USC’s Michael Pittman Jr. with this short blurb as to why.

“The Steelers are the best at drafting wide receivers. Pittman would give Ben Roethlisberger another pass-catcher.”

Pittman has a JuJu Smith-Schuster feel in size and of course, alma mater. While Pittman doesn’t excel in any one area, he has a well-rounded game and could become a trust possession receiver at the next level. He ended his career on a high note, compiling 101 receptions for 1275 yards and 11 TDs in 2019.

However, as Dave Bryan recently pointed out, he played on just the left side of USC’s offense, making him raw in trying to move him around in the NFL where every receiver must know how to play all three spots (X, Z, and slot).

And at #102, he sticks with offense but shifts focus to the offensive line, snagging Clemson guard John Simpson. Clayton writes:

“This is a need position after Ramon Foster retired and B.J. Finney left in free agency.”

Simpson is a big, powerful guard hampered by an ankle injury throughout his season. He generates movement in the run game and shows a good base in pass protection to help him ankle, but he can get top heavy and struggled during the Senior Bowl. He’s also never played center and the team might be looking for more versatility with the position. He made 29 career starts and was a 2nd Team AP All-American as a senior.

Still, the one Pro Day Mike Tomlin and Kevin Colbert attended was Clemson’s so they got a close look at him.

If you’re curious, in Round One, he has Cincinnati taking QB Joe Burrow, Cleveland going with OT Andrew Thomas as #10, and Baltimore ILB Patrick Queen at #28.