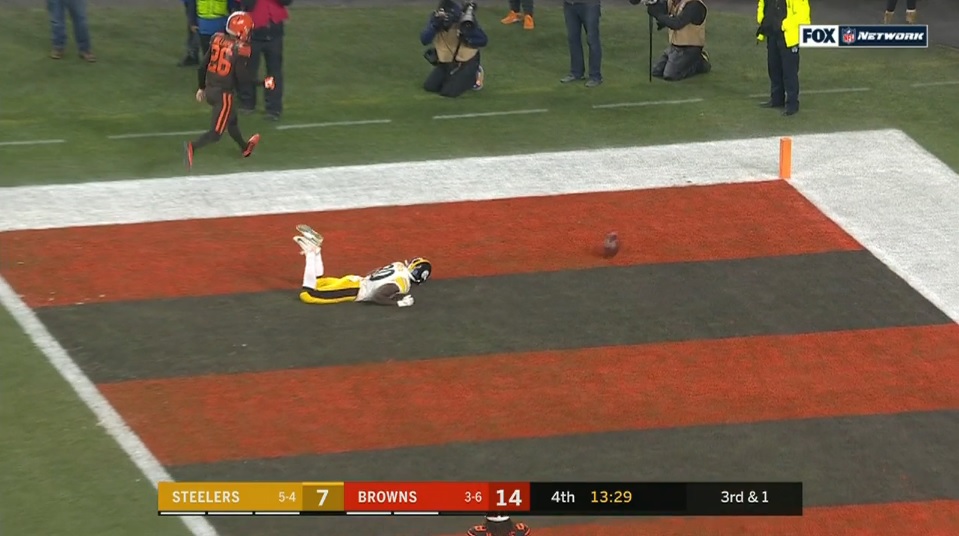 Chase Claypool posted rare workout times for a man of his size. Weighing in at 238 pounds for this year’s Combine, he blazed a 4.42 40. Since 2000, he’s one of only eight skill players 235+ pounds to run a sub 4.45 (including Calvin Johnson, whose workout is most comparable).

While Claypool will probably never reach Megatron’s level, Kevin Colbert believes he brings a skillset the Steelers’ offense doesn’t have. He explained that in an interview with Pat Kirwan and Jim Miller on Sirius Radio.

“The one thing that we didn’t have on our team, we didn’t have one last year was that deep threat,” Colbert told the show. “Going all the way back to Ben’s initial season with us when we had Nate Washington. The it was Mike Wallace, then it was Martavis Bryant. We always had that home run threat and we felt that Chase give us that plus another big target in the red zone, which we think is valuable.”

Much of it can be attributed to cover-your-eyes quarterback play but the Steelers couldn’t get the long ball working last year. Shockingly, chucking it to Johnny Holton a dozen times didn’t produce positive results. Pittsburgh had just eight completions of 40+ yards last season, their fewest of the past five years. Here are the year-by-year results.

You’d have to go back to 2012, also finishing 8-8, to the last time the Steelers had fewer 40+ yard completions, when they hit on only seven.

That doesn’t mean the Steelers have a bad wide receiver group, they don’t, but it’s a different skillset. Diontae Johnson, JuJu Smith-Schuster, and James Washington all ran in the 4.5’s. Pittsburgh is looking at Claypool as the more “toolsy” type they used to draft. The names Colbert mentioned, Mike Wallace, Martavis Bryant, and heck, throw Sammie Coates and Markus Wheaton in there, even if the front office is hoping for much better results.

For all his speed, Claypool will have to show he can separate downfield and play to that 4.43 time. But he’ll be a weapon downfield and as Colbert said, in the red zone, something we profiled the day after they picked him.