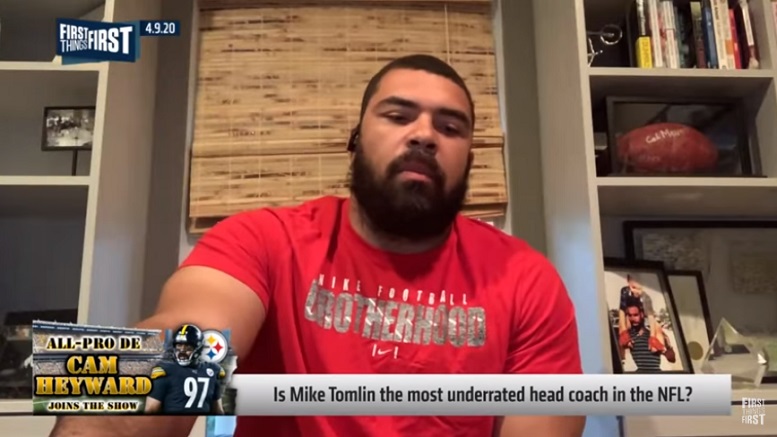 Pittsburgh Steelers defensive lineman Cameron Heyward has only played for one head coach since he was drafted in the first-round of the 2011 NFL Draft out of Ohio State. That coach is of course Steelers head coach Mike Tomlin, who is currently the third-longest tenured head coach with one team in the NFL behind Bill Belichick and Sean Payton. On Thursday, Heyward was a guest on ‘First Things First’ and during his interview he was asked his opinion on Tomlin what makes him such an effective head coach in addition to what it’s like playing for him.

“You know, I think a lot of people talk about he’s a player’s coach, but I think the thing that stands out is he has personal and professional relationships with everybody,” Heyward said of Tomlin. “He knows how to motivate me in different ways from the next guy and that’s why I think the player relationship matters.

“But when it comes to the football field, he knows how to motivate me, test me and be more petty towards me when he gets a chance, but I appreciate that. And the consistency, I think, goes a long way. It’s hard in this league to win and when you can do it at a consistent level, it should be appreciated.”

Tomlin indeed is as consistent as they come and while his teams have failed to make the playoffs the last two seasons, he’s never had a losing season since arriving in Pittsburgh as the team’s head coach in 2007.

Will Tomlin wind up being the only head coach that Heyward plays for in his NFL career? It’s possible and especially if Heyward signs a contract extension during this offseason, which most expect will happen. On Thursday, Heyward was asked to define how important it is to him to finish his NFL career in Pittsburgh.

“Well, being born from here, this being my dream team, I couldn’t ask for a better situation,” Heyward said. “I’ve had a lot of success here, but there’s still things I want to accomplish here. But my family’s set here. I’m just very appreciative to be in the spotlight for this, but I know it doesn’t come around this often and guys don’t get to end up where they want to through the draft, so I’m very appreciative of that.”