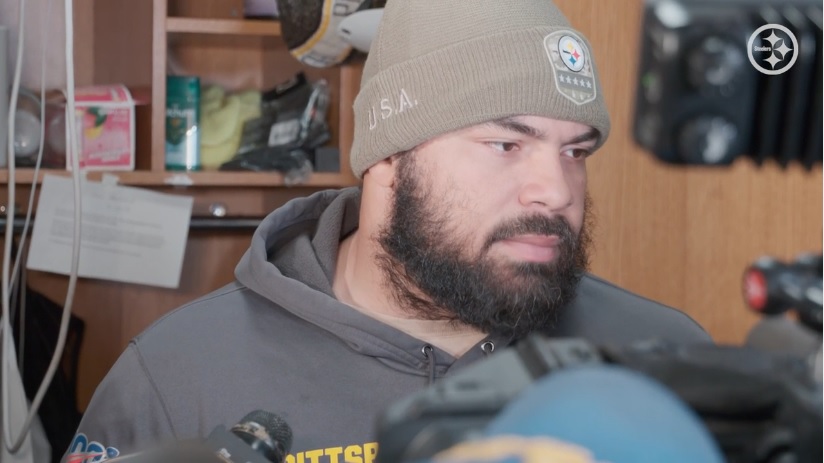 So many players have said that they have wanted to be a “[X organization name] for life”, only to see that dream die a hard death. Sometimes that is based on their own decision, as we saw with Terrell Suggs last year, who turned down an offer to stay with the Baltimore Ravens, signing with the Arizona Cardinals (he would end up winning a Super Bowl with the Kansas City Chiefs instead).

The Pittsburgh Steelers have more than a few Hall of Fame players who did not finish their careers in Pittsburgh, whether it’s Franco Harris or Mike Webster or Rod Woodson. Another one should be on the horizon soon once Alan Faneca is elected.

Outside of Ben Roethlisberger, arguably the most iconic veteran on the Steelers right now is Cameron Heyward, who is now heading into his 10th season in the NFL as a former first-round draft pick in 2011. Soon to turn 31 years old in less than a month, he is expected to receive a contract extension in the near future as he heads into the final year of his current deal.

He is definitely a ‘Steeler for life’ type. But so too was Suggs a ‘Raven for life’ type. Ed Reed certainly was to be a Raven for life as well, and that didn’t work out. Of course, it’s not just the Steelers’ and Ravens’ players who leave. It happens to all teams. But could it eventually happen with Heyward?

“Well, being born from here, this being my dream team, I couldn’t ask for a better situation”, he said earlier this month on ESPN. “I’ve had a lot of success here, but there’s still things I want to accomplish here. But my family’s set here. I’m just very appreciative to be in the spotlight for this, but I know it doesn’t come around this often and guys don’t get to end up where they want to through the draft, so I’m very appreciative of that”.

Heyward was born in Pittsburgh in 1989, but went to high school in Georgia and eventually went to college in Ohio State. But the son of Craig Heyward, the great back from Pitt, seemed destined to be a Steeler.

Seemingly through serendipity, in arguably the deepest defensive end class in history, he was still available at pick 31. It took him a couple of years to crack the starting lineup behind some very seasoned veterans, but he has since developed into one of the top defensive linemen in the game—even if he was snubbed for the All-Decade team, in his own estimation.

Hopefully we never have to worry about seeing Heyward in another NFL jersey before he calls it a career. But just remember, we’ve heard plenty of players say it before, and plenty of times, for one reason or another, it hasn’t happened. In this case, I fully believe it will. But sometimes, you just don’t know.