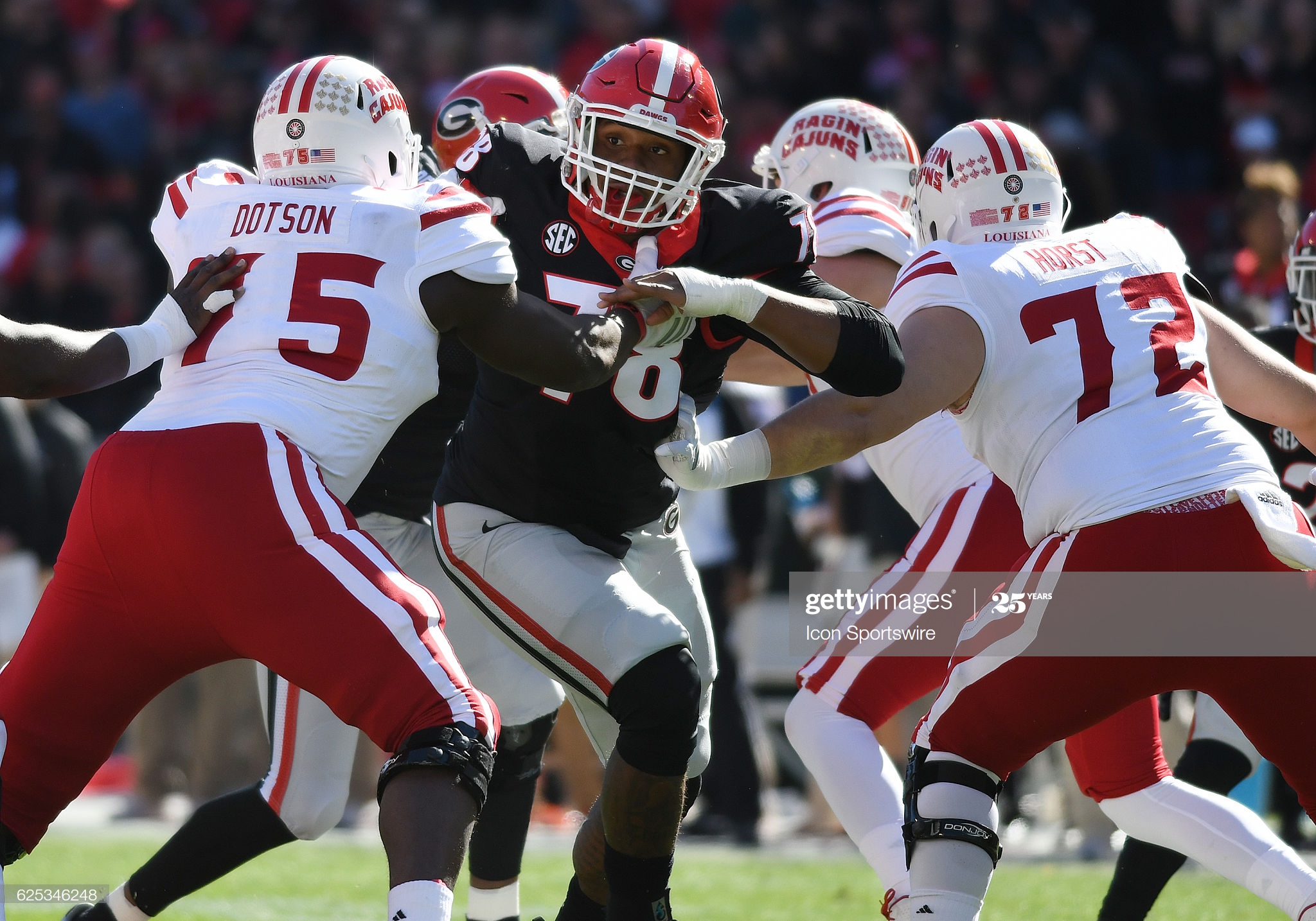 Topic Statement: Rookie guard Kevin Dotson will be in the starting lineup by 2021.

Explanation: Following the departures of Ramon Foster and B.J. Finney, the Steelers found themselves with a hole at left guard in their starting lineup. They addressed the need with Stefen Wisniewski in free agency before drafting Dotson in the fourth round, but also retain in-house option Matt Feiler if they have worthy candidates to fill in at right tackle.

That the Steelers drafted an interior lineman whose resume lists him as a strong run-blocker is not a coincidence. The team has realized that it has overemphasized pass protection and acquiring pass protectors to the detriment of the run game.

Technique in pass protection can be taught, but you have to have the innate desire to drive somebody out of a hole to create a lane in the running game, and Dotson certainly has that. That’s why it’s easy to see the path for him to get into the starting lineup at a relatively early stage in his career.

Wisniewski was signed knowing that he is no long-term answer, if he even starts at all. Feiler is still best kept at right tackle, with Chukwuma Okorafor and Zach Banner providing depth there, given the impending potential tackle exodus of 2021, when three of their top four tackles will be unrestricted free agents.

Maybe there is something that can be said for the coaching of the line and its detriment to the running game, but nobody is going to get into the lineup without being able to hold up in pass protection, period. That is at least jobs number one, two, and three, with everything else coming after that in priority.

Dotson’s rookie season is going to be a wash, a redshirt year just because of the lack of an offseason, so that’s going to put him behind the learning curve already. And between Feiler, Banner, and Okorafor, they have enough players over the next two years to put together their starting lineup.