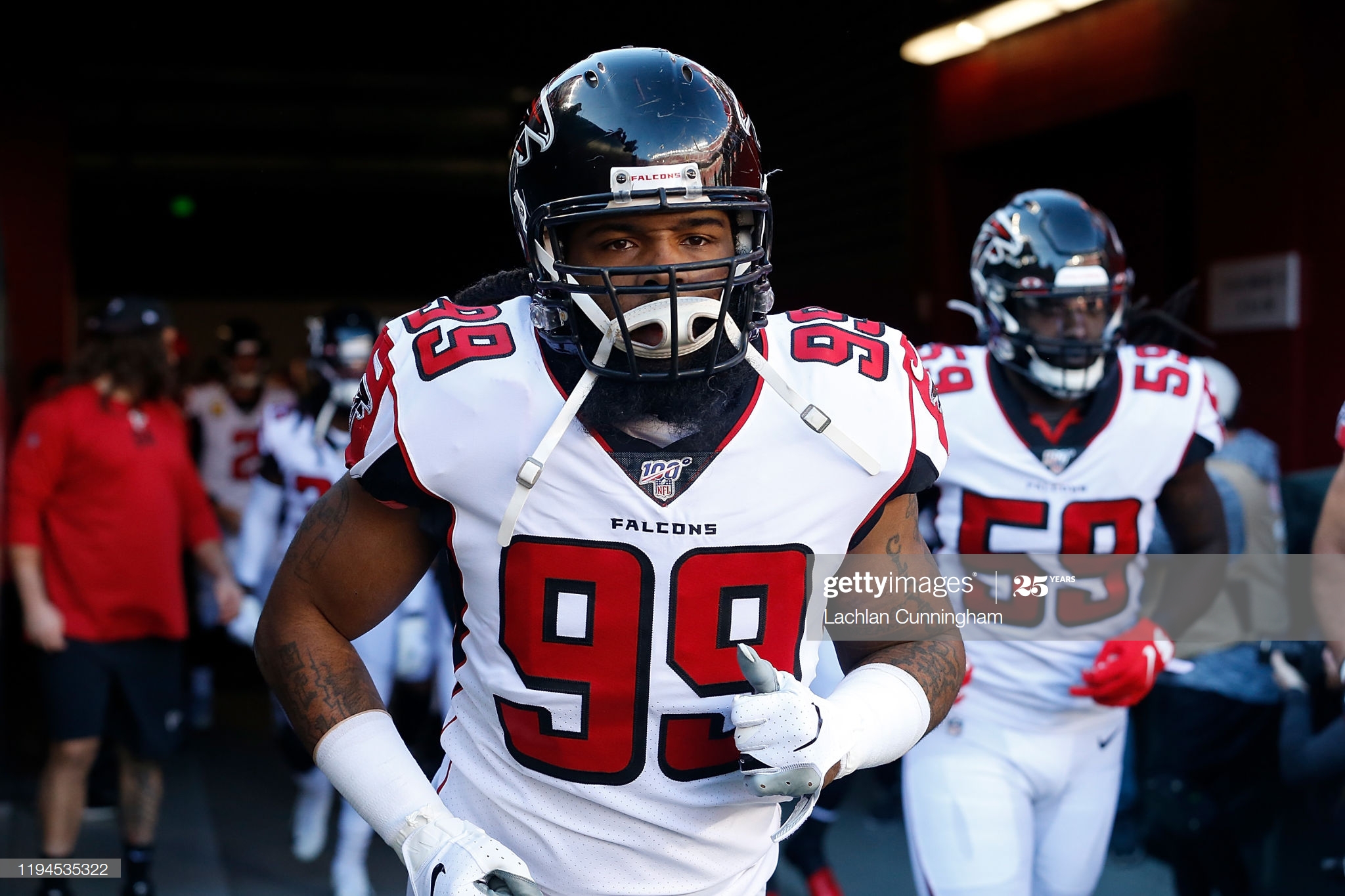 Reportedly, the Cleveland Browns were eying the market for Jadeveon Clowney, the veteran edge defender who is arguably the biggest free agent remaining on the open market. The former first-overall pick of the Houston Texans was reportedly setting an asking price of $20 million per season, but has recently lowered it.

The Browns monitored it for a while, but ultimately chose instead to ink Adrian Clayborn to a two-year deal worth $5.75 million, though it could reportedly be worth up to $7 million. The signing continues to bolster a defensive line that lost its footing late last season after Myles Garrett was suspended.

Cleveland continued to reinforce this side of the trenches, having also previously signed Andrew Billings from the Cincinnati Bengals, who will rotate along the interior behind starters Larry Ogunjobi and Sheldon Richardson, the latter of whom was a free agent signing last year.

Clayborn figures to step in and line up behind Garrett and Olivier Vernon, for whom they traded with the New York Giants a year ago, sending former first-round guard Kevin Zeitler over. There was talk that they might release Vernon this offseason after struggling through injuries a year ago, but that never materialized.

Depth along the defensive line was clearly an issue for the team last season once injuries and suspensions arose. The signings of Clayborn and Billings really help to reinforce the trenches, something that they evidently wanted to address, and will likely continue to address in the draft.

Clayborn was originally a part of the 2011 NFL Draft class that proved to be historic for defensive end talent. Among those who were also taken in the first round that year were Cameron Heyward, Cameron Jordan, and J.J. Watt, the latter of whom arguably being the greatest defensive player of this generation, though Aaron Donald is now challenging that.

Clayborn was not one of the more auspicious ends from that first round, the 20th-overall selection by the Tampa Bay Buccaneers, but he has still had a successful career. He has spent most of the past five years with the Atlanta Falcons, with a one-year layover in New England in 2018.

Over the course of his nine-year career, he has recorded 145 tackles with 36 and a half sacks, producing 10 forced fumbles. He has only spent two seasons as a primary starter, with the bulk of his career seeing his duty limited to a rotational or situational end. He recorded four sacks for the Falcons last season, and had a career-high nine and a half in 2017.