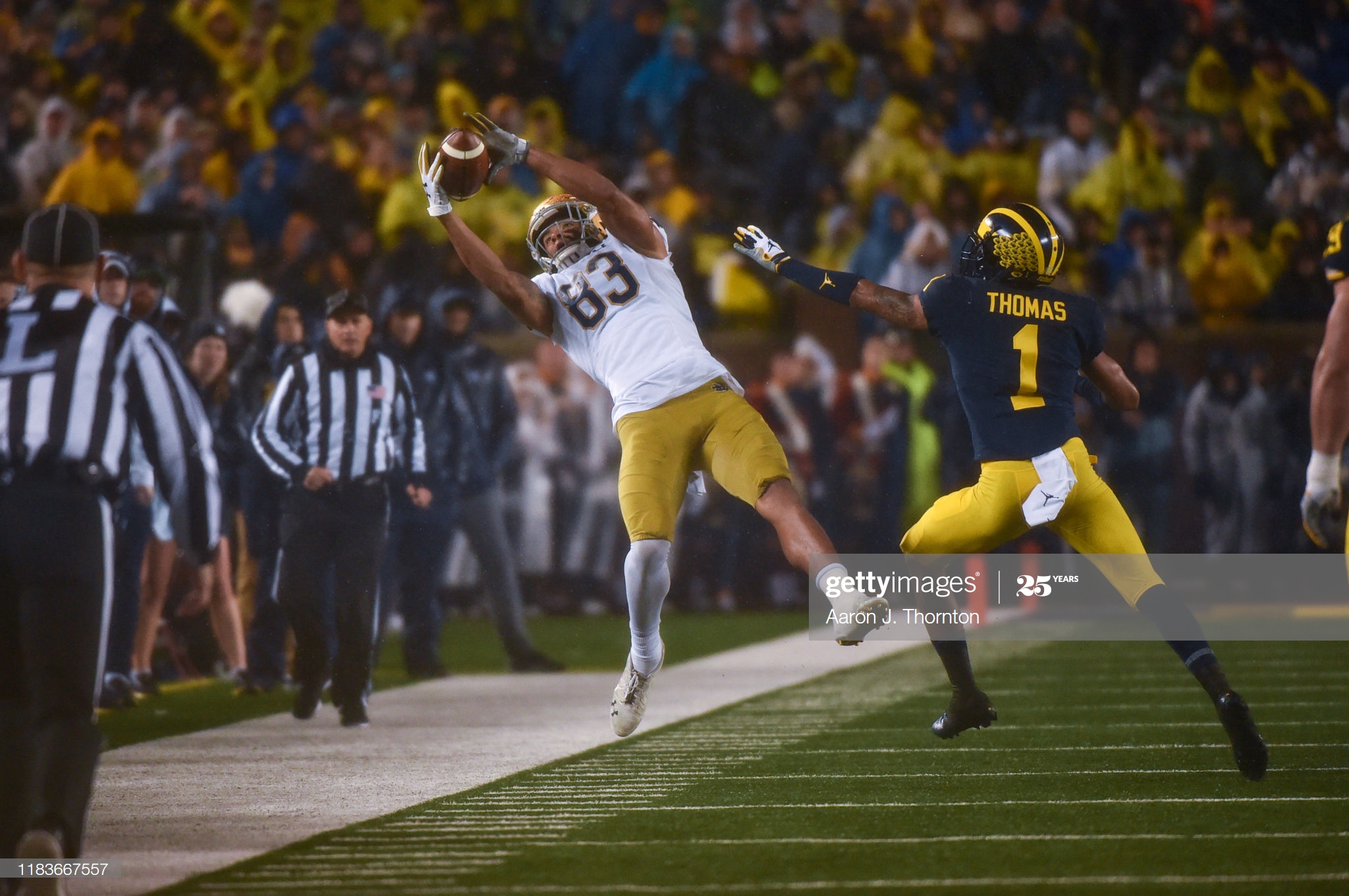 There are a lot of things that you can teach a player about how to play the game of football. Every single position in the game requires a great deal of technique work in order to master, whether it’s footwork, hand placement, tackle technique, subtle gestures to throw off a cornerback, how to read a defense, using blockers to set up a running lane, or any number of things, put simply—there is always something more to learn.

Not everything can be taught, however. You can’t teach size, for one thing. And you can’t teach desire, want-to, the competitive spirit. You can foster it, nurture it, encourage it, but you can’t force somebody to be a competitor that they are not, or don’t have within them.

The Pittsburgh Steelers believe that they got both size and desire with their first pick in the 2020 NFL Draft, 6’4”, 233-pound wide receiver Chase Claypool. His former college head coach, Brian Kelly, recently spoke to the team’s website about him.

Claypool saw a steady rise throughout his four-year career at Notre Dame, having more special teams tackles than receptions as a freshman before going over 1000 yards and finishing among the nation’s leaders in touchdowns receptions during his senior year a year ago, where he was the go-to guy.

“It was cool to be in those situations”, he man himself also told the team’s website. “Going into the year I was told I would have to be in situations that when the game is on the line, I was going to have to make a play. The more you are in those situations, in practice or game, you learn and grow from it. Preparation was the key to make that happen”.

Prior to the 2019 season, the Irish still had Miles Boykin as their number one man, who would be drafted by the Baltimore Ravens in the third round of the 2019 NFL Draft. Tight end Alize Mack (whom the Steelers would briefly employ) was also a big part of the offense prior to last season.

There wasn’t a whole lot left last year outside of Claypool, the only one to finish with more than 515 yards or six touchdowns. There was fifth-year senior Chris Finke, another tight end, with Cole Kmet joining him. Javon McKinley was their second-leading wide receiver with 11 receptions for 268 yards and four touchdowns.

Claypool was definitely ‘the guy’ for Notre Dame last year. He won’t have to be the guy in Pittsburgh, at least just yet, but he’ll have time to grow into that role in the even that he does down the road.