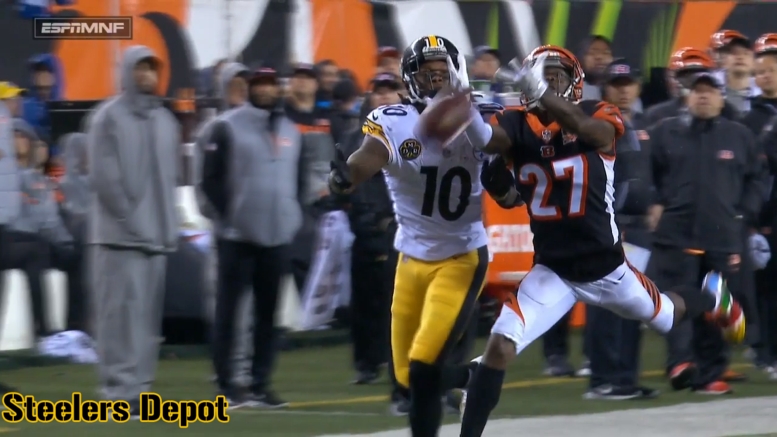 In what was a predictable move, the Cincinnati Bengals yesterday announced that they have released eight-year veteran cornerback Dre Kirkpatrick, who was originally selected by the team in the first round of the 2012 NFL Draft.

The move comes after the Bengals allocated significant resources during free agency to rebuilding their cornerback depth chart, signing a pair of Minnesota Vikings players in Trae Waynes and Mackenzie Alexander. Waynes, who signed a contract averaging $14 million per season, will take over the outside starting role that Kirkpatrick has held for years.

Kirkpatrick is coming off of an injury-plagued season, during which he only played in six games due to a knee injury. He also missed a combined six games during the three previous seasons, including three games in 2018.

Cincinnati signed him to a long-term contract extension following the 2017 season, which would have run through 2021 had he been able to play out the life of the deal. By releasing him now, they save $8.3 million against the salary cap prior to roster displacement.

Yet the veteran cornerback has only recorded one interception in the three seasons since he was signed to a big-money contract, which, interestingly, he returned for 101 yards without scoring. He has 10 total interceptions in his career, including a career-high three in the year before he signed the extension, and he has returned two of them for touchdowns.

The Bengals did Kirkpatrick no favors by waiting until the end of March to release him, after teams have already gone through their first wave of free agency deals. Few big-money contracts will be signed from this point on, so most teams will have already filled most of the major holes in their roster that they will be looking to address prior to the NFL Draft in a few weeks.

Still, provided that teams are comfortable with his durability, there should still be a market for the 30-year-old cornerback, though just in case you were wondering, the Pittsburgh Steelers will not be among the interested parties. I would not normally waste time mentioning this, but they were among the teams who are reportedly interested in him when he was a free agent in 2017.

That was the year the Steelers actually had some cap space to spend, and they would hold out all the way into August before finally spending it when the Cleveland Browns suddenly made Joe Haden available by releasing him.

Since then, Haden has intercepted eight passes for Pittsburgh and gone to a Pro Bowl, and the team has also added another starting cornerback via free agency in 2019 with the signing of Steven Nelson. Both are coming off of strong campaigns and are under contract through 2021.