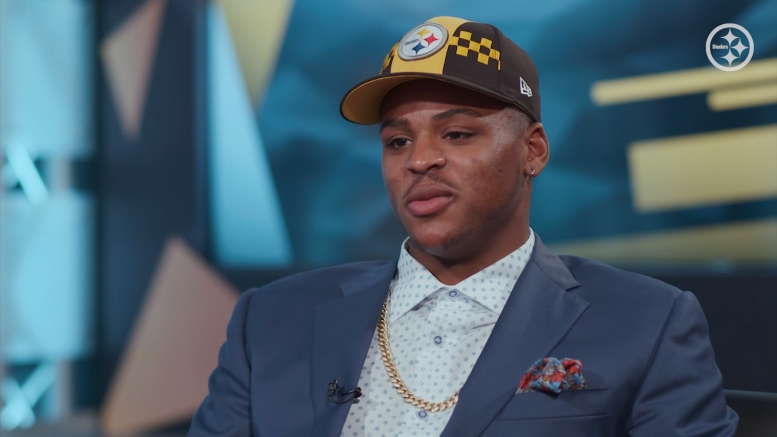 Athleticism matters in the NFL. Now I know what you are thinking “Wow Daniel, really ground-breaking information there.” But as obvious as that statement seems, there is very a very crucial piece of truth in there. While yes, sometimes scheme can compensate for athleticism, there is no substitute for elite athleticism. There is just no way to replicate Patrick Mahomes’ cannon of an arm or a linebacker’s sideline to sideline speed. Now you might also be thinking just where am I going with all this?

Well, athleticism plays a big part in the NFL Draft and it seems to surely play a part in the Pittsburgh Steelers’ draft history, especially when it comes to their first selections.

Here are the Steelers’ last six first round selections:

Now what do majority or five of the six selections above have in common? They all did not just test well, they tested off the charts.

It’s a similar story as you move down the list. Terrell Edmunds, despite his rather inconsistent play, tested remarkably well in 2018. Edmunds looked like a freak of nature, 97th percentile in the broad jump, 96th in the vertical jump and a 4.47 40-yard dash time.

Roll the clock back to 2017 and T.J. Watt not only looked superhuman but he tested like one too. Whether it be the 60-yard shuttle, the 20-yard shuttle, the three-cone drill, the broad jump or the vertical jump, Watt tested in the 80th percentile or better in all these categories.

Artie Burns is the only one of the last six to not test well and look at where he is now. Bud Dupree and Ryan Shazier also had great testing results and the Steelers reaped the rewards on both of them.

Now obviously, every team cares about athleticism but why have the Steelers frequently turned to workout champions with their first pick? Perhaps the answer has to do with the possible correlation between associating athleticism with upside.

Most of these selections have or have had unimaginable ceilings thanks in large part due to their athleticism. Shazier was well on his way to being a top linebacker in the league before a devastating injury took that away from him. Watt has become one the top pass rushers in the NFL in just over three years. Bush has provided a spark to a defense that was looking for a replacement for Shazier. Dupree finally converted his athleticism to upside in year five and is a major reason why many are still hopeful for Edmunds’ progression.

So, with that all being said, what does that mean for 2020? Well, the Steelers do not have a first-round selection this year. Does that mean they will shy away from leaning towards an athletic prospect with high upside? Not necessarily. Though while they may not be in the position to take a superhuman athlete like they typically would in the first round, there should still be some athletic prospects for them to monitor in round two should they repeat history.

Below are a few prospects who tested incredibly well at the 2020 NFL Combine:

While this does not that mean that it is a guarantee that the Steelers will select one of the names above with their first pick as there is no telling what happens when the draft rolls around. The prospects above were still some of the top tested athletes from the 2020 NFL Combine.

By now, it seems clear that the Steelers value athleticism and its possible relationship to upside. Valuing physical traits over athleticism has not worked, see Artie Burns, nor has valuing production over athleticism, see Jarvis Jones. One formula that does seem to be working, especially when it comes to their first selections is the presence of athleticism and the potential of upside. It would be a safe bet to say that there is a very good chance that continues this year.