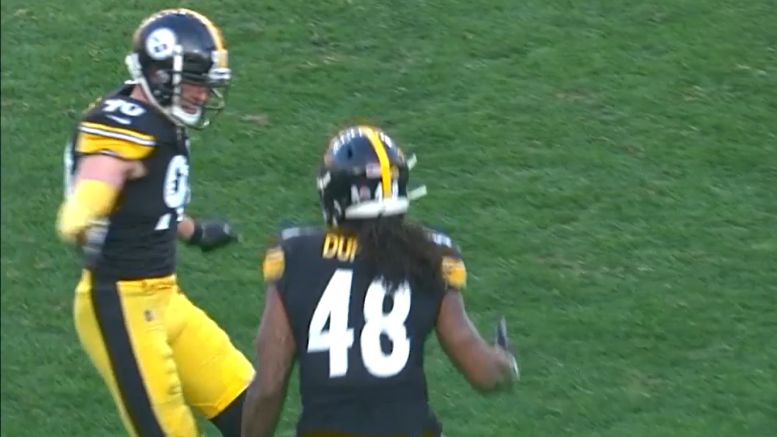 While the Pittsburgh Steelers have used no fewer than three of their first-round picks since the 2013 season on the outside linebacker position, a fact that cannot be ignored, it is worth noting that every other player that they have drafted at the position going back to 2011 has come no earlier than the sixth round.

From Sutton Smith to Travis Feeney, Keion Adams to Anthony Chickillo, the Steelers have been going almost all-or-nothing at outside linebacker for the better part of the past decade. They have used first-round picks in 2013, 2015, and 2017 on Jarvis Jones, Bud Dupree, and T.J. Watt, respectively.

The only other outside linebacker they had drafted earlier than the fifth round since Jason Worilds in 2010—then a second-round pick—was Chris Carter, a fifth-round choice in 2011. That is until they drafted Alex Highsmith last night 102 overall with their third-round compensatory selection.

A small-school defensive lineman who was able to play on the end last season and show off his pass-rush ability, he told reporters that they are indeed looking at him as an outside linebacker, and his body fits that prototype. But that won’t be his only role.

“They talked to me about being a special teams guy this year”, he said, something that he did early on in his college career, “and really being that guy behind Dupree and Watt. I’m just so excited to be able to learn from those two guys, two of the best pass-rushers in the league, so I’m just ready to soak up everything like a sponge. I’m just ready to learn so much from them and do what I can to help this team get back to another Super Bowl”.

Following the release of Chickillo earlier this offseason, the Steelers were left only with Olasunkanmi Adeniyi and Tuzar Skipper on the outside linebacker depth chart behind Watt and Dupree, their starting edge defenders for the past three seasons. Cavon Walker, signed from the XFL, likely is also targeted in that group.

Highsmith has the opportunity to come in—whenever they are able to, of course—and compete immediately for the direct backup job, and it wouldn’t be the first time a rookie has been tasked with that responsibility.

Back in 2010, the Steelers drafted Worilds in round two, Thaddeus Gibson in round four, and Stevenson Sylvester in round five. While the latter would ultimately move inside, Worilds and Sylvester were the backups to James Harrison and LaMarr Woodley. Gibson, an Ohio State product, had a limited offseason because of school regulations, which allowed Sylvester to get ahead of him. He would be released that season and claimed off waivers.

There are some factors that stand against him, of course. He will face a much higher level of competition coming from a small school, and amid that transition, he faces an uncertain offseason due to the Covid-19 pandemic, it remaining unknown when on-field work might be able to take place—or even if there will be a season in 2020.