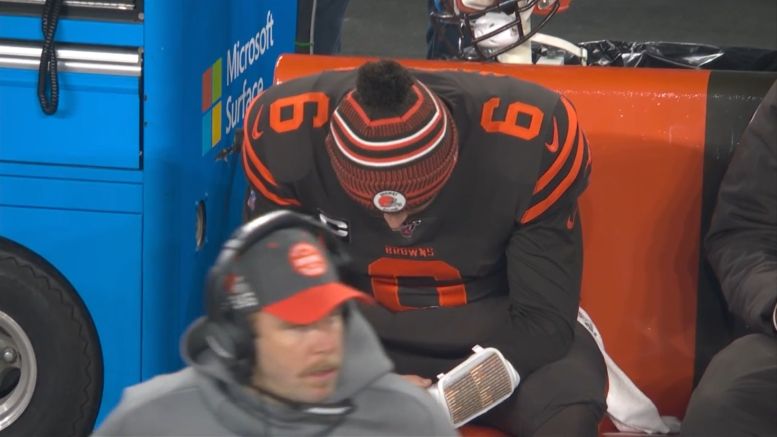 It had been rumored for months that the Cleveland Browns were in on the trade discussions for Trent Williams, the big Pro Bowl tackle who had grown more than a little disgruntled with Washington. They were one of a few teams connected with the talks. Yesterday, he would ultimately land in San Francisco as Joe Staley announced his retirement.

The Browns may have pulled the trigger themselves had the draft not broken their way. But it did, or so they feel, adding Jedrick Wills out of Alabama, who is already penciled in as their new starting left tackle, after a couple of abortive attempts at finding a successor to Joe Thomas.

Earlier in the offseason, Cleveland used free agency to sign Jack Conklin. At the time, they talked about the possibility of his playing left tackle, if necessary, but will Wills now in the building (well, eventually, one hopes), he will be able to stay on the right side.

These are significant investments, and upgrades, for a Browns team that really needs to prove it has made the right moves on offense over the past two years. in 2018, they held the first-overall pick, which they used on Baker Mayfield. After an Offensive Rookie of the Year campaign, he regressed last season as they went 6-10.

That same year, they acquired Pro Bowler Jarvis Landry in free agency, and in 2019, traded for All-Pro Odell Beckham, giving up first- and third-round picks and a starting safety, a former first-round pick, in Jabrill Peppers.

Despite the fact that each of the trio played all 16 games, the Browns produced just 20.9 points per game on offense, ranking 22nd in the league. Mayfield fell short of 4000 yards and threw for an accuracy percentage just under 60, with only one more touchdown (22) than interceptions (21).

While both Landry and Beckham finished the year topping 1000 yards, the duo combined for just 10 touchdowns. In comparison, Diontae Johnson and JuJu Smith-Schuster combined for eight touchdowns for the Pittsburgh Steelers, without Ben Roethlisberger, and with Smith-Schuster missing a quarter of the season.

Their hope is that it was the offensive line that was the weakest link, other than outside factors like injuries and internal turmoil, which they believe they have under control. While they already had some solid interior players in J.C. Tretter and Joel Bitonio, the additions of Conklin and Wills stand to raise their level of play tremendously.

Truth be told, the Browns offense looks really good on paper for Mayfield, meaning that it all falls on his shoulders. In the backfield, they have the duo of Nick Chubb and Kareem Hunt, both Pro Powlers. At tight end, they brought in Austin Hooper, and get David Njoku back healthy. They have two Pro Bowl wide receivers, and now an offensive line that should offer at least four plus-quality starters.