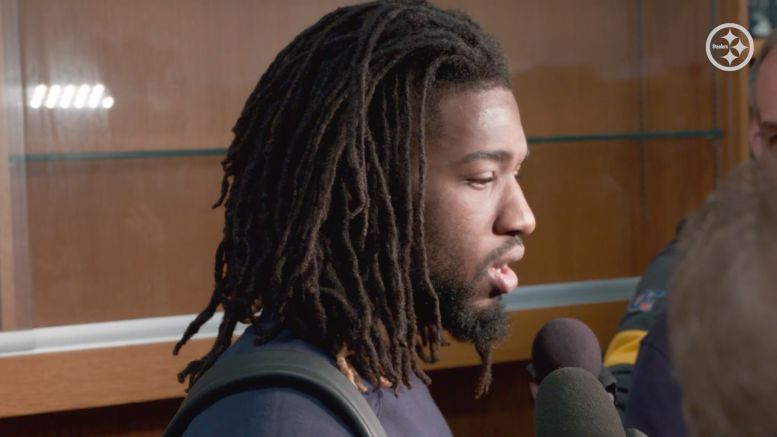 It was a mildly interesting decision when the Steelers released Johnny Holton back in March. Not because he was such a great player that it was hard to imagine the team deciding that they want to part with him, but just from the perspective that there seemed to be little to no incentive to make that move at that time.

One thing the move did, however, was make it just a bit easier for third-year wide receiver Deon Cain to have a path toward the 53-man roster again in 2020. Originally a mid-round pick by the Indianapolis Colts in 2018, he spent his rookie year on injured reserve, and about half of the 2019 season on the 53-man roster before being waived and re-signed to the practice squad.

The Steelers signed him from their practice squad with six games left to play in the season, and he would average about 10 or so snaps per game from there on out. He wasn’t frequently targeted, but when he was, more often than not, something good happened, whether it was a first-down reception or it drew a penalty on the defense.

Holton was a core special teams player last season, and such players tend to have a roster spot reserved for them, but with Holton gone, there is more of a buffer zone for Cain to keep his place. Of course he will be behind JuJu Smith-Schuster, James Washington, and Diontae Johnson, but he will be in competition for the final two or three spots.

With the Steelers expected by many to draft another wide receiver, that will give them four that are almost sure to make the roster, leaving open one or two more spots. Ryan Switzer would be in the running for one as a return man, but Cain is as likely as anybody else to claim the other.