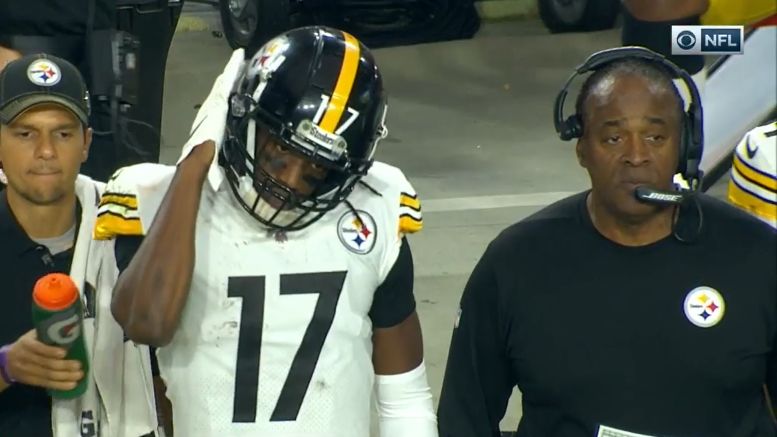 After the Steelers added two new players to their 90-man roster through the 2020 NFL Draft last night, we can finally start to talk about how that influences the value of some of the other players on the roster, rather than speculating about potentialities.

We are still speculating to a degree, of course, not knowing for sure what the future holds. But we do know that the path toward a spot on the 53-man roster just got a lot harder for third-year wide receiver Deon Cain with the Steelers picking up Chase Claypool in the second round last night.

A former fourth-round pick of the Indianapolis Colts in 2018, Cain spent his rookie year on injured reserve before working as a sparse contributor in the first half of the 2019 season. After playing the Steelers, Indy waived Cain, and moved him to the practice squad when he was unclaimed.

With six games left to go in the season, Pittsburgh signed him off of the Colts’ practice squad, while JuJu Smith-Schuster was injured. He would play about 10 or so snaps per game, and almost every time he was targeted, something positive happened, either him making a first-down grab or drawing a penalty, one of which set up a first and goal from the one.

But under even the best of circumstances, Cain would be looking at the number five receiver role on the Steelers’ depth chart in terms of building the 53-man roster, behind Smith-Schuster, James Washington, Diontae Johnson, and now Claypool, who will also be guaranteed to dress as a rookie because of his special teams capability.

Now, are the Steelers going to keep more than four wide receivers? It would be shocking if they don’t. Might they even keep six, which they do a large percentage of the time? Quite possible, yes. But Cain only offers a big body, and they have that now in Claypool. As much as you might now want to hear this, Ryan Switzer is basically the number two slot option on the team right now behind Smith-Schuster.