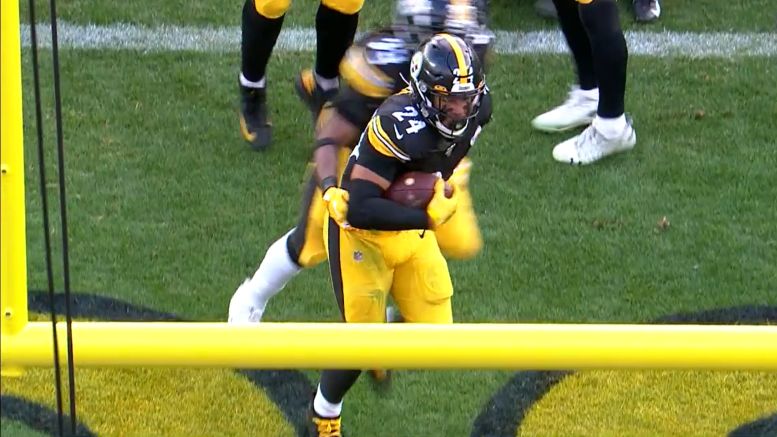 This is based partially on my own assumptions, make no mistake, and feel free to offer your disagreements here. I get the sense, however, that the Steelers are not overly invested in the idea of drafting a running back this year, for multiple reasons that Alex Kozora already outlined here on the site yesterday.

One of those reasons is because the team already likes what it saw out of Benny Snell as a rookie and believes that the former Kentucky product can and will make a sizeable jump from his first season to his second, not unlike that of James Conner and Le’Veon Bell. Jaylen Samuels would be a bit of an exception—he wasn’t even a true running back, to be frank.

One does have to wonder about Samuels, following a very disappointing 2019 season for the two-year veteran. The only notable achievement for him last year was the fact that he had a relatively high volume of receptions, suggesting a possible role in the passing game, even if he didn’t do a great deal with said receptions.

As for Snell, he showed quite a bit as a rookie, both on and off the field. He showed the team that he is a dedicated professional, and that enabled him to be a contributor early on, even getting several games of 15-plus carries throughout the year, following Conner’s injury.

He showed in doing so that he has that sort of endurance in-game, and even the ability to do it over multiple games. He has shown signs that he can get stronger as a game goes on, and that he has potential as a blocker in pass protection as well. He has even managed to break off some runs for sizable gains.

And he should be better at all of these things in year two. Given his personality and his love of and dedication to the game, there is no reason for me to believe that he isn’t doing everything he can, even if it is more limited than it would otherwise be, to be in the best shape of his life heading into his first full offseason, ready to take on a larger role, if available, in 2020.