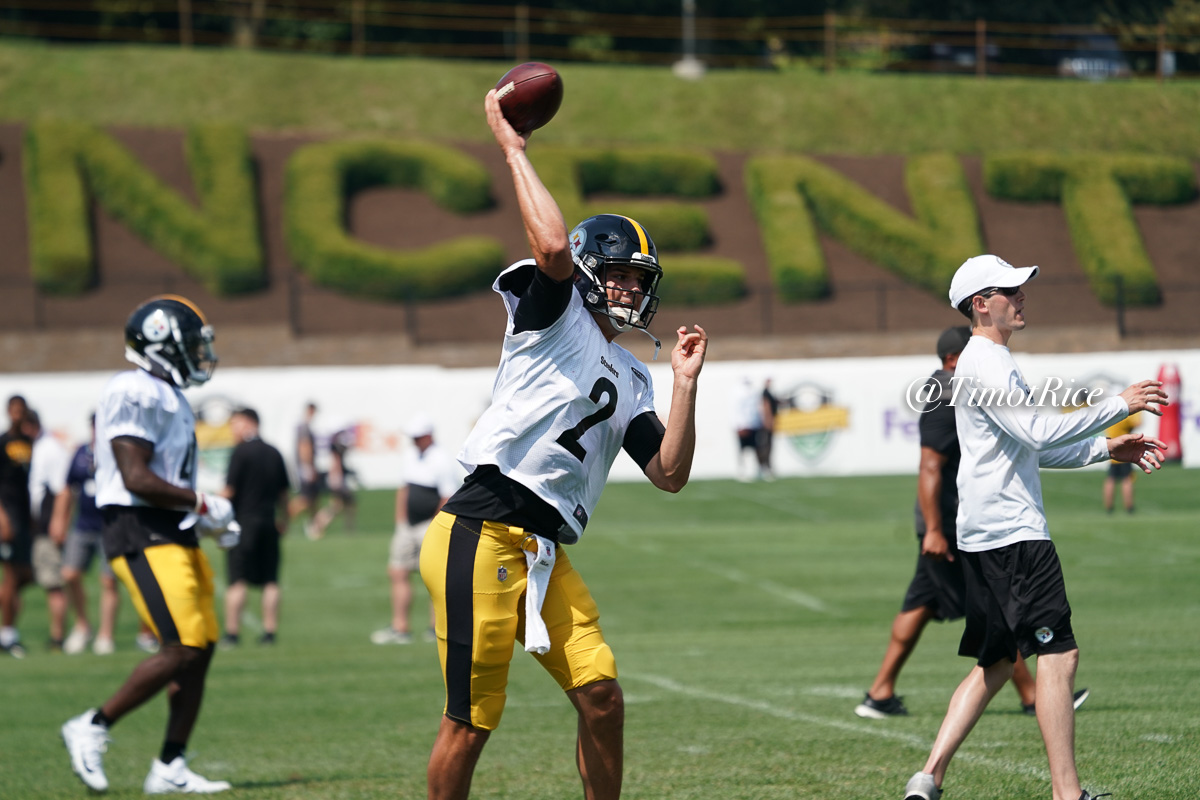 I think the fact that Mason Rudolph was spotted out in California working out with wide receiver JuJu Smith-Schuster merits another update in this column. It wasn’t too long ago that we talked about him in this spot as he was seen again throwing footballs, but going through a live workout with other players is another story.

If you’ll recall, the second-year quarterback suffered a serious injury at the end of the last season—or the penultimate game of the season, anyway—which landed him not just on injured reserve, but in the hospital, and apparently he only narrowly avoided a more serious injury.

That injury did keep him sidelined for a while, but if he is up and throwing the way he was seen on Smith-Schuster’s Instagram stories, then he has to be pretty far along, and one can only presume that, if there were OTAs this year, which it’s apparent there won’t be, he would have been ready to go as a full participant.

Recently, Brooke Pryor of ESPN made the argument that Rudolph was the player more than anybody who had a lot to lose by missing out on this offseason amid the Covid-19 pandemic. There is some reasoning to that, as he clearly has much room for improvement, and the team still needs a lot of convincing that he may be Ben Roethlisberger’s heir apparent someday.

However, the reality that he has no control over whether or not legitimate football practices with the team will be taking place any time soon. The only things that are within his power, he seems to be taking a proactive approach in going ahead and doing, including flying out to California for a workout.

Rudolph started eight games last season, going 5-3 in those games. He completed 176 of 283 pass attempts for 1765 yards with 13 touchdown passes to nine interceptions, posting a quarterback rating of 82 while averaging 6.2 yards per attempt.