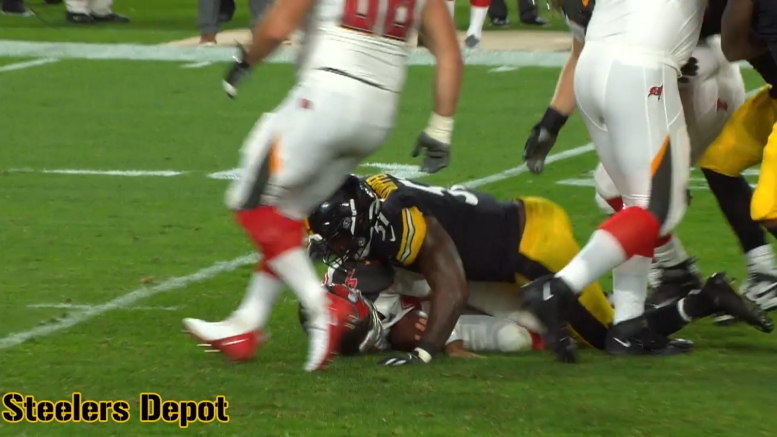 Well, sometimes you just have to go with the obvious, don’t you? With the Steelers drafting Alex Highsmith, Tuzar Skipper is once again vulnerable. After all, while he made the initial 53-man roster a year ago, he was waived even before the season opener. The Steelers would not get him back until late in the year, and that was after weeks of having the opportunity to do so.

A 2019 undrafted free agent, Skipper impressed in training camp and then put up the necessary numbers in the preseason, totaling five sacks with two forced fumbles, and in the finale, also showed himself capable of playing special teams, a prerequisite for anybody hoping to serve as a fifth linebacker on a 3-4 team’s roster.

The Steelers felt they needed more help with a speed special teamer, however, rather than a linebacker type, so Johnny Holton circled back to the 53 and Skipper was waived, claimed by the Giants, with whom he would spend most of the year.

Pittsburgh would eventually sign him back to their 53 off of the Giants’ practice squad late in the year, but he would not dress. Prior to the draft, only he and Olasunkanmi Adeniyi represented the depth at outside linebacker behind the starters, after Anthony Chickillo was released.

We heard shortly before the draft that the Steelers wanted to address the outside linebacker depth pretty early in the draft. They ended up taking Highsmith in the third round. Outside of their current starters, they hadn’t used a pick at the position higher than the sixth round since 2013.

Highsmith will obviously make the roster. Skipper will have to compete with Adeniyi for the number four role. It’s always a possibility that they carry five linebackers, but you don’t want to take that risk. He was in that situation last year and it cost him.