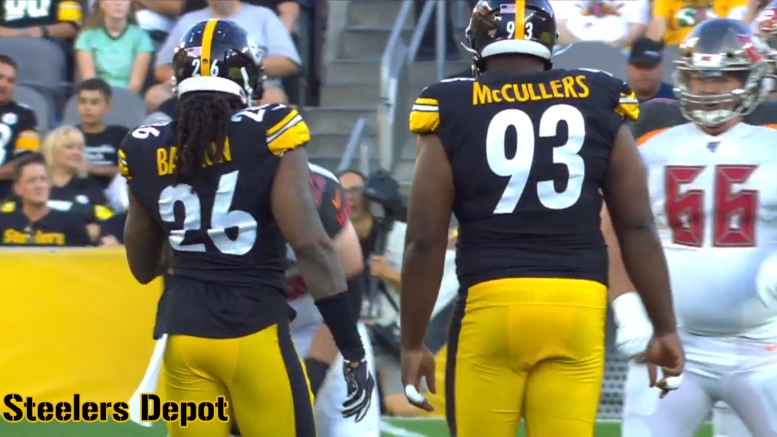 Also of note were the releases of Mark Barron, Anthony Chickillo, Johnny Holton, and Roosevelt Nix, and the retirement of Ramon Foster, as well as three significant signings in free agency, adding a new fullback in Roosevelt Nix, a potential starting lineman in Stefen Wisniewski, and a new tight end in Eric Ebron.

Daniel McCullers: Really the only player on the roster right now whom we definitely know is a defensive tackle, and will be asked to play defensive tackle, assuming he’s on the team. Having been here since 1973, it’s hard to imagine him not making the team yet again this year, but we’ll see what the draft holds.

Isaiah Buggs: The possibility of Buggs playing inside is speculative, especially given that he has told the team’s website already this offseason that he has been asked to keep his weight down, as in his rookie season. But the departure of Hargrave and bringing in Wormley could change that.

Chris Wormley: Or, you know, Wormley could be the guy who plays inside? He’s actually listed as a nose tackle on the team’s website right now, but Kevin Colbert said that he would be an end. Really, it’s impossible to know what the team is thinking right now.

Cavon Walker: Even though many suspect he will ultimately play outside linebacker, Walker, signed from the XFL, is also listed as a defensive tackle, and so I’m including him here for now, as though there are many other options. At 6’2”, 278 pounds, he wouldn’t exactly fit the profile. He’d need to bulk up.

Javon Hargrave: Four years of quality play was enough to earn him a big contract across the state. Because his position has a limited snap count in a 3-4, there was no way the Steelers could entertain matching what a 4-3 team would be willing to pay him for 900-some odd snaps a year.

This is the only position on the roster in which a rookie could come in and be the starter. McCullers certainly isn’t going to hold back any promising rookie. Opinions are divided as to how early it’s reasonable for the team to address the position, with some believing it should be in play for their top pick in the second round, with somebody like Neville Gallimore. Either way, it’s hard to imagine them not drafting somebody here.