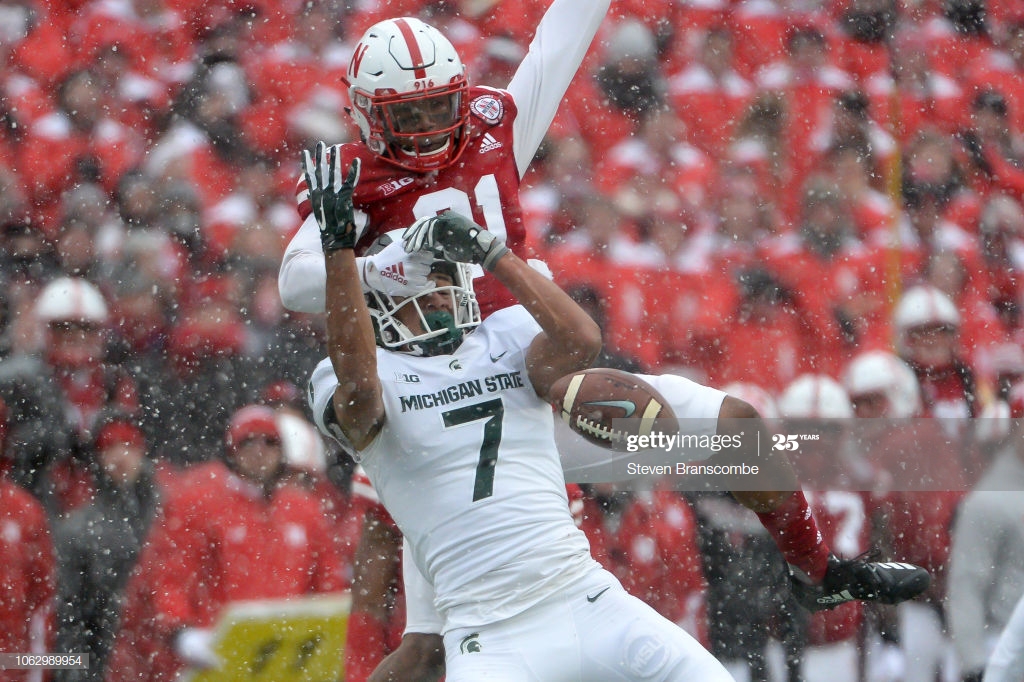 -Long, physical corner that likes to get his hands on WRs early
-Very good length for the position with improved ball skills last two years
-Knack for disrupting catch-point and batting away passes late in rep
-Sound at rerouting receivers in man coverage due to physicality and length
-Well-proportioned, strong frame for the position

-Overly underwhelming athlete
-Uncomfortable playing zone; slow to fire downhill to defense on throws
-Inconsistent replacing and filling against the run
-A bit too grabby down the field, leading to flags
-Up and down tackler; hasn’t figured out how to use his length consistently in that department
-Football IQ appears low; doesn’t anticipate well, not much feel for what offenses are trying to do
-Slow to get his head around to play the football, leaving turnover opportunities on the field

Long, physical corners that weren’t exception athletes were once all the rage thanks to the Legion of Boom.

Now, those days appear to be gone (for the most part). Unfortunately for Nebraska’s Lamar Jackson, he may have come along a few years too late.

Mostly underwhelming as an athlete, Jackson relies on getting physical with receivers early, pushing them off their routes. If he can’t do that early in a rep, he’ll struggle because he has heavy feet and is slow with his change of direction skills.

That said, if he does get his hands on a receiver early, he’s going to win the rep often due to that length.

Here against Minnesota in 2019, he does a great job mirroring the receiver with decent footwork. Once he’s even, he gets physical, pushing through the catchpoint and flipping his head around to make a play on the football, one of 15 pass breakups he had as a senior.

One thing I really liked with Jackson was his willingness to fire downhill and fill run lanes as a run defender. While he doesn’t have great technique overall when it comes to tackling, he’s more than willing to stick his face into the fan to make a play for his defense.

However, that can come back to haunt him when he gets caught looking into the backfield.

Sure, this is a flea-flicker, but look how hard Jackson bites on this run fake, leading to the explosive catch and run for Purdue. He has to do a much better job of reading his keys because Purdue’s offensive line does a really poor job selling run here.

Like I said earlier, Jackson’s feet are a bit heavy and clunky when asked to mirror in man without getting physical. He’s turned around here by the Minnesota receiver, giving a free, clean inside release to get vertical.

Fortunately for him, the ball is well overthrown.

While I do like Jackson’s willingness to fight downhill against the run, he has to clean up some areas of that part of his game.

Here, he lets the Minnesota receiver push him around. Jackson should have filled downhill early in this rep. Instead, he gets caught up hand fighting before then spinning away from the play to get back in phase, giving up the first down.

Overall, he appears to be a scheme-specific corner where he can use his length in press man and bully smaller receivers. If he finds the right fit system-wise, he could thrive as a No. 2 corner.

He screams Seattle Seahawk for me.