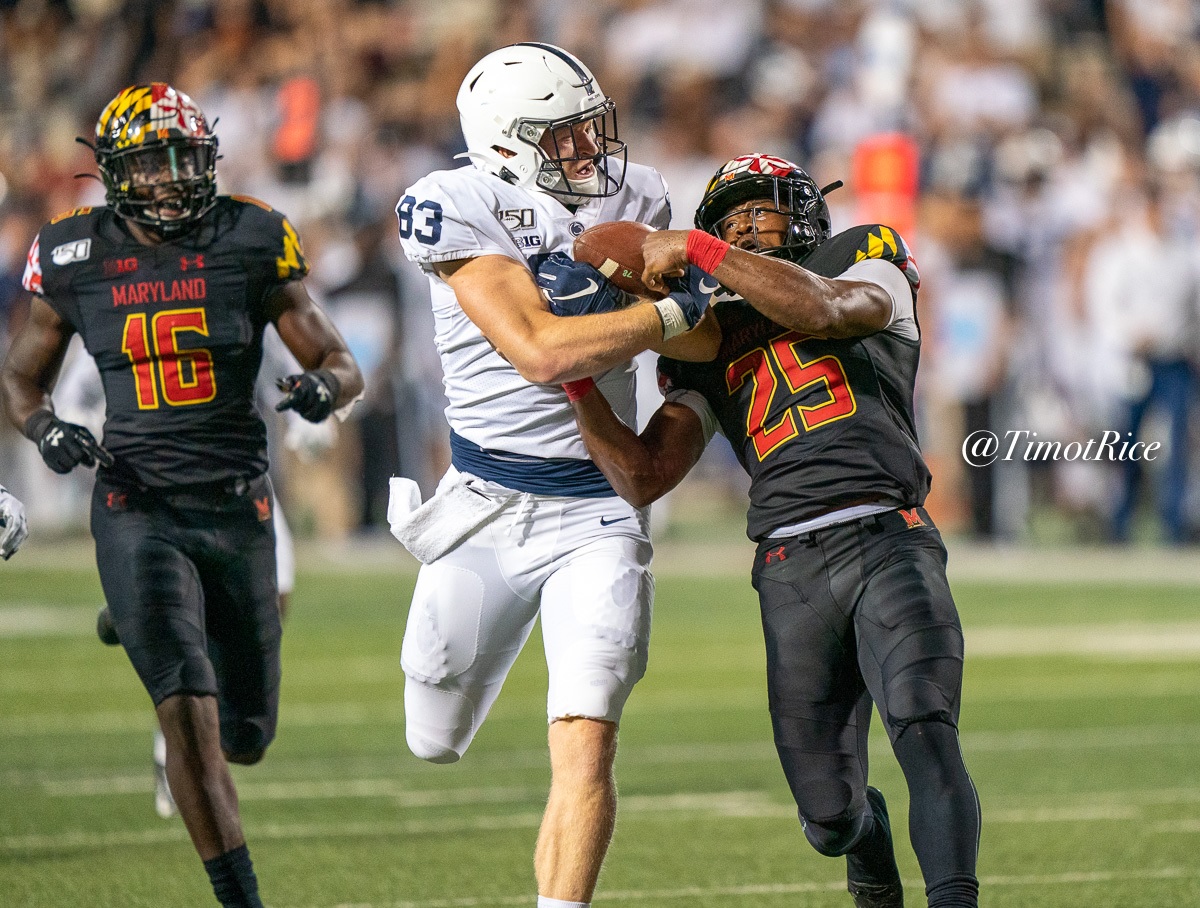 – Thick build, fills out frame well
– Plays with an edge, physical player who plays with intensity on a snap-to-snap basis
– Wears his emotions on his sleeve, energy bringer, genuinely roots for teammates to succeed
– Impactful tackler who enjoys throwing his weight around and getting involved in plays, putting his face in the fan
– Delivers a blow on contact thanks to his frame and aggressive play style, fills lanes with authority and does good job finishing the play
– Versatile, experience playing in the box, over slot, and some work as post safety
– Experience in man, zone, asked to blitz who uses power to overwhelm running backs in pass pro
– Good hands and makes plays when given opportunity
– Lots of starting experience

– Average to below average athlete on tape and in testing, best working close to the LOS
– Shows hip stiffness and exposed when asked to change directions
– Lacks straight line speed and can get beat by fast receivers
– Tends to aim too low in the open field as a tackler and prone to missing, isn’t always a technical tackler who will lead with shoulder and rely on frame/physicality to get the ball carrier down
– Didn’t create a lot of splash/big plays
– Some medical questions, recovered but suffered career-threatening injury in high school

Brooks was the Steelers’ 6th rounder selection on Day Three of the 2020 NFL Draft. He profiles well as an in-the-box player who does his damage closer to the line of scrimmage. Brooks is an energetic, intense player who shows great physicality and tone setting in the run game and as a tackler overall.

Although he didn’t create a lot of splash plays and I didn’t see any special ball skills from him, he has plus hands, capping off this win over Texas in 2018 with a leaping, toe-tapping INT.

But he has below average long speed and gets exposed when asked to play in space. Same 2018 Texas game. Devin Duvernay just blows by him for this easy, 39 yard score.

And check him out here on the goal line. Trying to change directions, slips, and falls as the runner scores. See some tightness in his hips when flipping his hips in the run game or out in coverage. It’s minor but shows some of that tightness/stiffness when asked to flip or move laterally.

Brooks profiles as a plus special teamer with an outside chance to become a sub-package player in dime or some other grouping like big nickel. It sounds like he’ll begin his career as a SS as the team gets his feet wet to the NFL and goes from there. He may end up converting to a linebacker sometime down the road, similar to Mark Barron, and long-term I might like that fit more, although Brooks is pretty short for the position. I doubt he’ll ever become a full-time starter at safety, and probably not anywhere on defense, but offers versatility as depth and will definitely bang around on special teams and make an immediate impact there.

If you’re looking for a comp, this one is a little obscure, I’m looking at former Houston Texan 5th round pick Shiloh Keo, who played 56 games and made 11 total starts from 2011-2016.