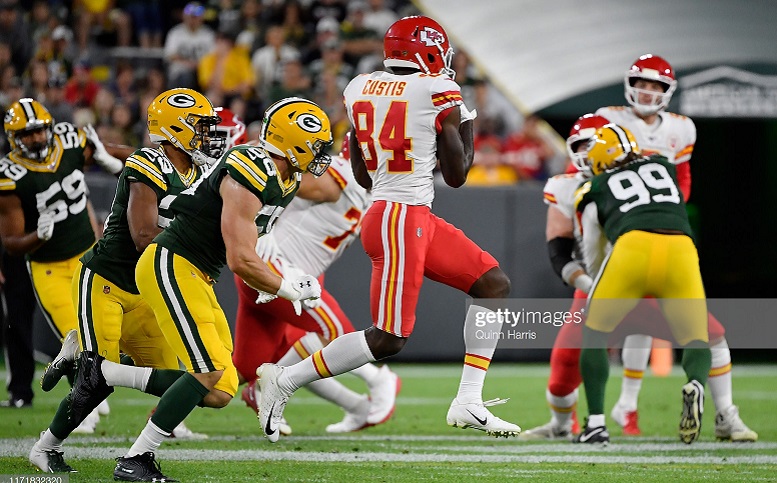 Good news, we are on our final exit meeting article, finishing up with wide receiver Jamal Custis, one of the latest players to join the team for the 2019 season who remained there through the end of the year. Originally undrafted out of Syracuse last season, he signed with the Kansas City Chiefs after the draft.

A big, 6’5” specimen of a man, Custis was projected to go late in the draft or be a priority free agent. He ultimately wound up being the latter, and the Chiefs, in fact, coveted him so much that they gave him a $100,000 signing bonus, one of the larger signing bonuses ever given out to a rookie college free agent, and the biggest among wide receivers in recent drafts.

He would play through the preseason with Kansas City, but with little impact. Over four games, he caught just four passes for 32 yards, with three of them being in the finale. He was active in the Chiefs’ preseason loss to the Steelers, but did not catch a pass.

It does not appear that the Chiefs nor any other team would sign him to the practice squad after the roster cuts were made. The Steelers did not add him to their own practice squad until the middle of December.

The team had a vacancy on the practice squad at that time, I believe after Tevin Jones was released and Amara Darboh, who had been added to the practice squad a month earlier, was called up to the 53-man roster. It would remain there for the rest of the year and then be retained on a futures deal.

Custis certainly looks like a talent on paper, with all the height and speed you could want, but such athletic specimens are a dime a dozen. He will have a steep hill to climb trying to make the team this year, especially likely without any on-field instructional work until at least training camp, assuming there is one.