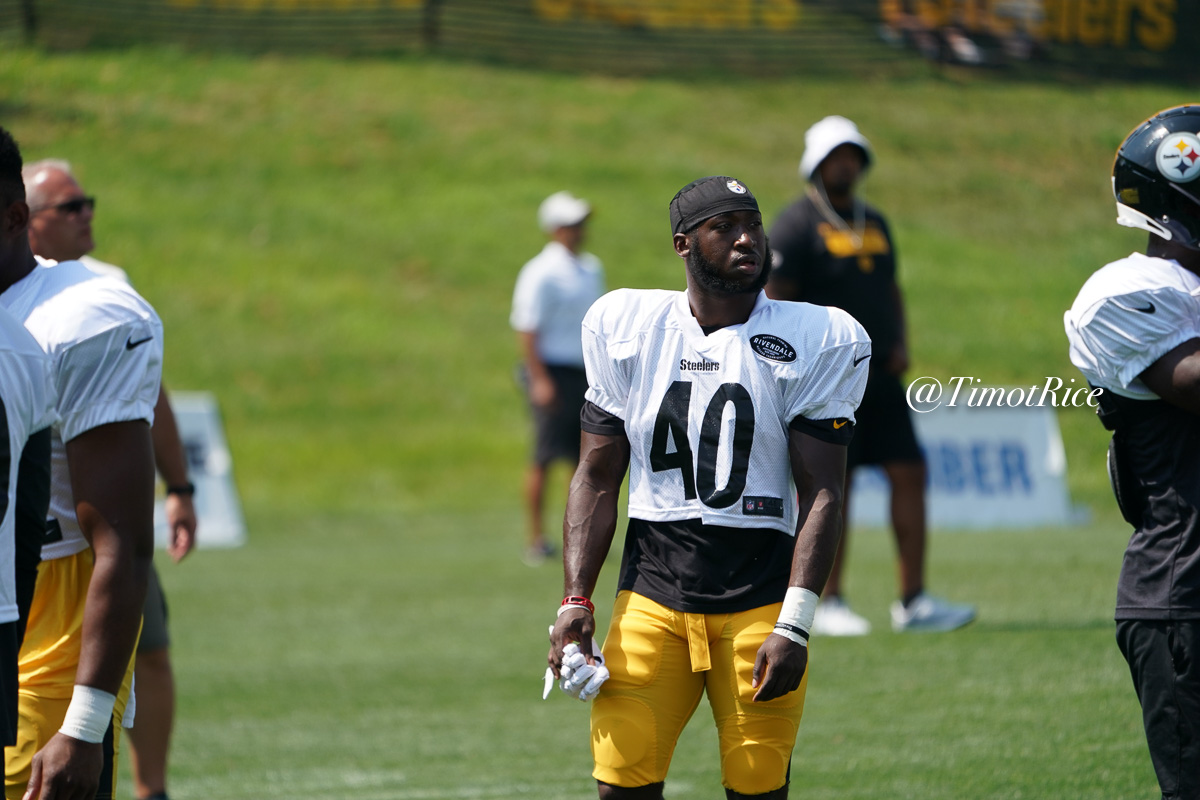 Ralph Webb is actually a player who has been with the Steelers for a bit. Originally undrafted out of Vanderbilt in 2018, he first signed with the New England Patriots, spending the first month of that season on their practice squad. He had a few-week stint on the practice squad of the Tampa Bay Buccaneers later on in the season. The day after the Buccaneers released him, the Steelers added him to their practice squad, on December 4, and he remained there for the rest of the season, signing a futures contract at the end of the year.

The running back suffered an injury during training camp, however, and was waived with an injury designation in early August. After going unclaimed, he reverted to injured reserve, but the team worked out an injury settlement.

Later on, during the season, he was signed to the practice squad once healthy in the middle of November, and he remained there for the rest of the year, once again signing a futures contract. This was days after they signed Kerrith Whyte off of the Chicago Bears’ practice squad, though that was a lateral move as he replaced Tony Brooks-James on the 53-man roster.

As for Webb, he is on the smaller side in comparison to the typical backs that the Steelers look for, even if his athleticism wouldn’t jump out at you. According to Alex Kozora, he was doing well in training camp until his injury. Should the team fail to draft a running back, look for him to be in the mix to make the team.