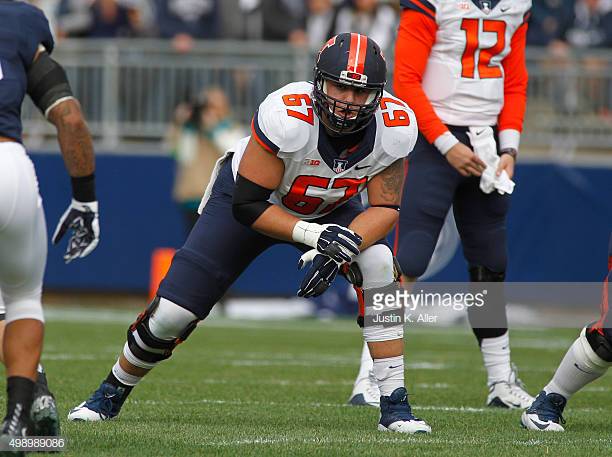 Until further notice, first-year offensive lineman Christian DiLauro has to be considered at least a somewhat notable player, if not simply because of the fact that the Steelers’ offensive line depth remains relatively thin as we head into the 2020 NFL Draft.

Originally signed as an undrafted free agent by the Cleveland Browns out of Illinois in 2018, he would spend the summer there, then the season on the San Francisco 49ers’ practice squad. DiLauro would not make their roster the following year, waived on August 21. The Houston Texans signed him shortly thereafter and he would  spend a short time on their practice squad before being released in October.

The Steelers first picked him up two weeks later on the 15th of the month, and would spend the rest of the season on the practice squad, signing a futures contract thereafter. His addition was prompted by the loss of Fred Johnson after he was claimed off waivers by the Cincinnati Bengals.

Though he played tackle in college, DiLauro is capable of playing both inside and outside. He will be in competition for a spot along the offensive line in 2020 after the team saw Ramon Foster retire and B.J. Finney leave in free agency. They also lost Johnson and Patrick Morris off of waivers during the 2019 season, so the pipeline of offensive line talent also took a hit.

At the moment, there are up to two openings for a spot along the offensive line for the 53-man roster. The Steelers are almost sure to use a draft pick to address the position at some point later this month, but he will be competing with others such as J.C. Hassenauer and Derwin Gray to attempt to claim a ninth spot, the way Johnson did a year ago. Otherwise, he has to be considered a primary candidate to return to a practice squad that will now expand to 12 players.