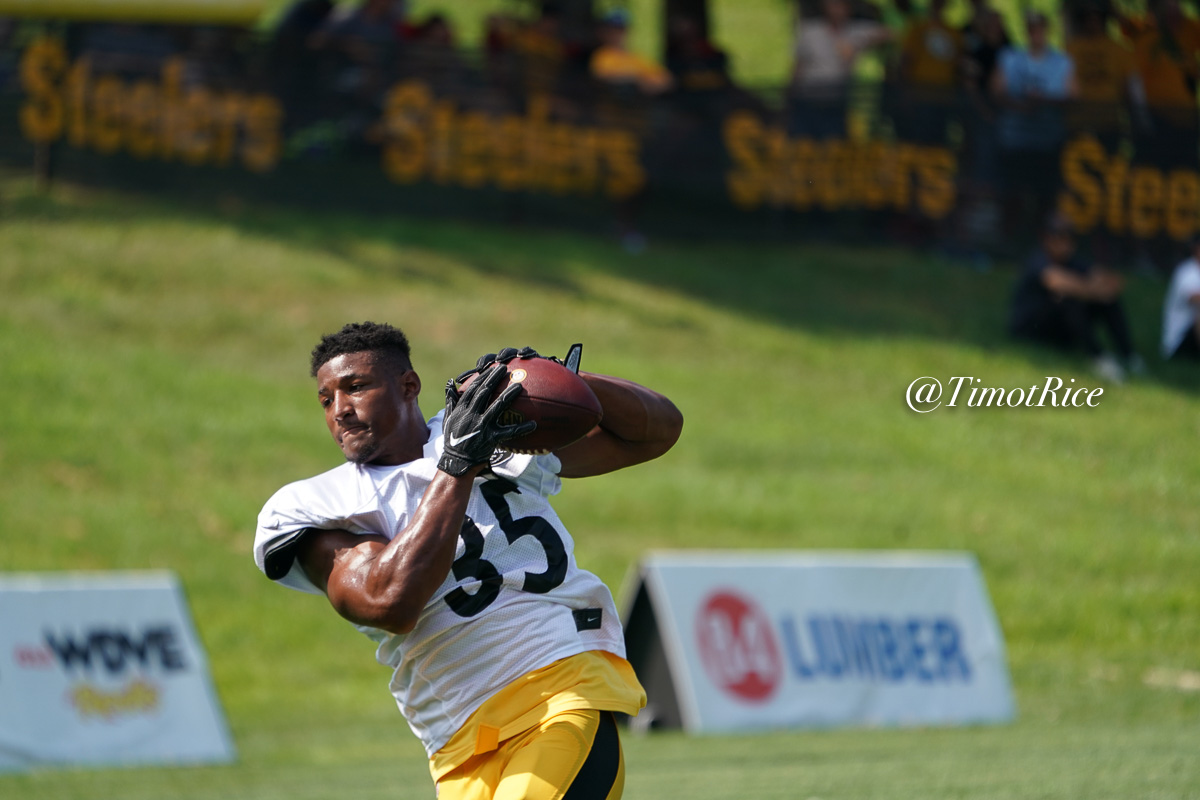 Travon McMillian is the last of the Steelers’ initial rookie free agent class who actually made it to training camp. Two others did not, those being defensive tackle Chris Nelson and defensive end Jay Hayes. Both of them were waived after rookie minicamp and replace by two tryout players at their positions: Greg Gilmore and Henry Mondeaux, respectively. Both of those players made it throughout the summer, with Mondeaux on the practice squad.

As for McMillian, he was considered a disappointment by our training camp evaluation, with Alex Kozora writing that he was among the bottom 10 players on the 90-man roster and an easy cut at the end of the preseason. He totaled minus-one rushing yard during that time, and was released, never to return, after that.

The Steelers opted to keep Trey Edmunds on the practice squad instead, who would eventually be promoted to the 53-man roster. Later, Tony Brooks-James was signed to the squad, and later promoted, only to be flipped for Kerrith Whyte. With five running backs on the 53, Darrin Hall and Ralph Webb were further additions on the practice squad.

McMillian remained nowhere in sight, but his name eventually resurfaced in the XFL. He was named as part of the draft pool, but to the best of my knowledge, it doesn’t appear as though he ended up being drafted or participating in the league’s five-week truncated inaugural season.