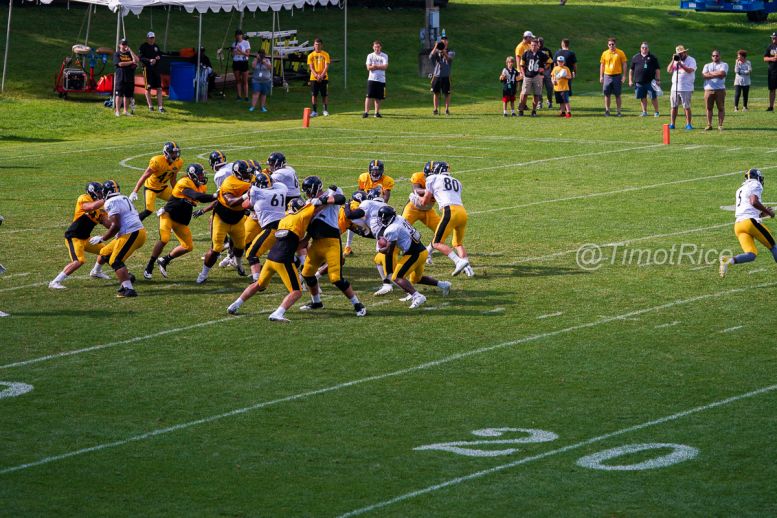 I’m not going to lie, I’m not 100 percent sure if I’m reading this right. But if I am, and we’ll perhaps have to wait and see what the final verbiage is in the Collective Bargaining Agreement proposal once the draft is written up, it sounds as though padded practices during the regular season will become a thing of the past once the league expands the season to 17 games.

Outside of slight boosts in monetary compensation, it seems as though one of the most significant gains for the players in the latest proposal concern the on-field work that they do outside of games. Training camp is going to look a lot different for a team like the Pittsburgh Steelers.

As we’ve written about previously, the number of padded practices allowed in training camp will drop from 28 all the way down to 16. There will also be a limit of no more than three consecutive days in pads, whereas previously there was no limit. Players will not wear pads for at least the first five days of training camp.

And, as Dan Graziano writes, “teams are also not permitted to add any padded practices in the regular season once the season expands to 17 games”. The including the of word ‘add’ makes the meaning somewhat ambiguous, but one possible interpretation is that, once teams are playing 17 games, the pads come off.

There are already major restrictions—moreso than in training camp by far—on the number of times that teams may practice in pads during the regular season. Coaches have to used their padded practice days strategically throughout the year for when they feel their team needs the sort of boost it provides.

Once the final language is out, we will know for sure whether or not teams will even have that option during the regular season in the near future, provided that the CBA proposal is passed. And this is what the NFLPA pushed for.

Whether or not it’s what they really want, the end result figures to be a further increase in sloppy on-field play. The less football players can authentically practice playing football, the poorer they will be in executing it. Tackling efficiency is at an all-time low, so expect it to only get worse in the future as we play more games but practice for them less frequently and with less intensity.

Coaching the fundamentals of the game, and technique, will be all the more important with fewer practices in pads in order to offset the deficits we will see in muscle memory when it comes to tackling form and things of that nature.