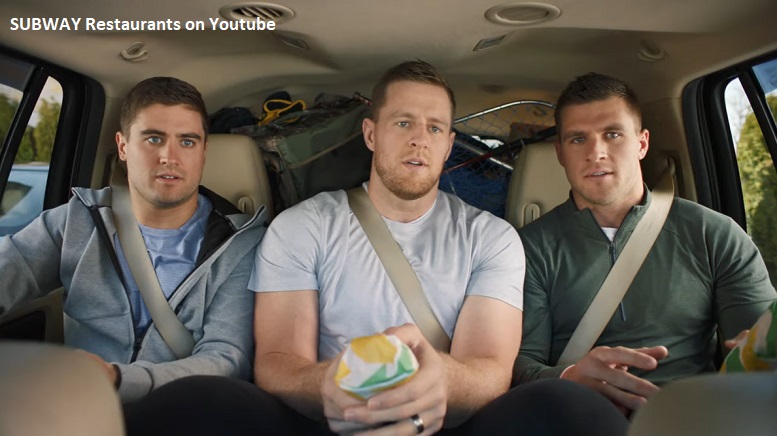 The entire Watt family are now the stars of a new Subway ad campaign.

Pittsburgh Steelers outside linebacker T.J. Watt, along with his brother’s J.J. Watt and Derek Watt, are in the back of the family car when they get into a small disagreement after their father, John Watt, hands out the Subway sandwiches he just ordered. At the end of the commercial, mother Connie Watt, puts an end to the little brotherly tiff and the three sons apologize.

The ad promotes a free footlong sandwich when you order one using Subway’s app.

J.J. and T.J. both chimed in on Twitter with some additional comments on the commercial.

“There were serious flashbacks when filming that part. Almost too authentic 😂😂,” J.J. tweeted.

T.J. only complained about his older brother hogging all the leg room in the commercial.

The Watt family is super marketable right now. In fact, J.J. recently hosted Saturday Night Live and did an outstanding job. J.J. plays for the Houston Texans while Derek plays for the Los Angeles Chargers.

Look for more commercials featuring members of the Watt family in the very near future.