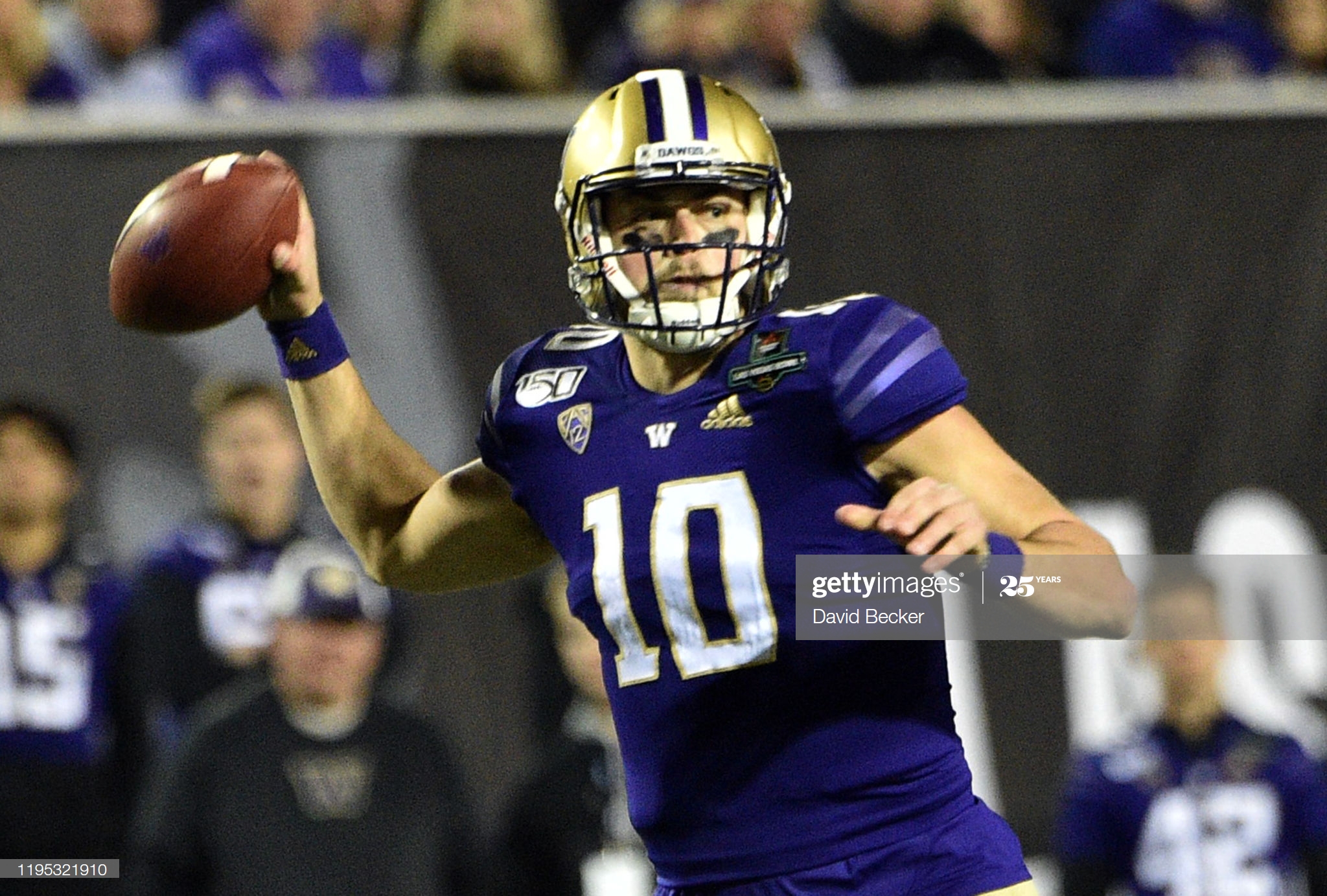 What better way to waste a draft class during the twilight years of your franchise quarterback in which you don’t even have a first-round pick by using your second-round pick—the only selection you have in the top 100—on a quarterback?

This was the brilliant idea that Todd McShay came up with in his latest mock draft for ESPN. In an Insider article, he has the Pittsburgh Steelers using their 49th-overall selection on Jacob Eason, the quarterback out of Washington. Lance Zierlein’s draft profile for him on NFL.com lists Carson Palmer and Brock Osweiler as NFL comparables:

His elite size and arm talent are reminiscent of Carson Palmer, but issues with pocket poise and getting through progressions cleanly are more reminiscent of Brock Osweiler. Eason is fun to watch when he’s ripping throws around the field and taking deep play-action shots, but a lack of mobility inside and outside the pocket is troubling, considering his ineffectiveness when pressured. He’s relatively inexperienced and should continue to develop from the pocket, but poise is hard to fix, and handling exotic blitz packages is not a given. He’s a pro-style, play-action-based quarterback with average starter potential and an average backup floor.

Even assuming that Eason is a legitimately good prospect, it’s mind-numbing for me to try to make the argument that drafting a quarterback who isn’t a clear candidate to be the franchise going forward in this situation makes any sense.

The team already has three quarterbacks on the roster behind Ben Roethlisberger with NFL experience in Mason Rudolph, Devlin Hodges, and Paxton Lynch, enough to cobble together a backup plan, but perhaps not enough for a contingency if by chance Roethlisberger is not actually ready to go this year.

But neither would Eason. And in the meantime, you would miss out on a prime opportunity to upgrade somewhere on the offense, perhaps taking advantage of an abundant wide receiver class that may allow them to secure a first-round talent in the second round.

None of the backups the Steelers have on the roster may be the answer to any of their problems, but how is Eason going to help the team, especially this year? There almost surely will be no OTAs. We may be lucky if we get a truncated training camp by the way things are going.

During his senior season, Eason completed 260 of 405 pass attempts for a completion percentage of 64.2, throwing for 3132 yards with 23 touchdowns and eight interceptions. Hardly the numbers of a quarterback I would rush to the podium for, let alone in the second round in a year in which I don’t have a first-round pick.