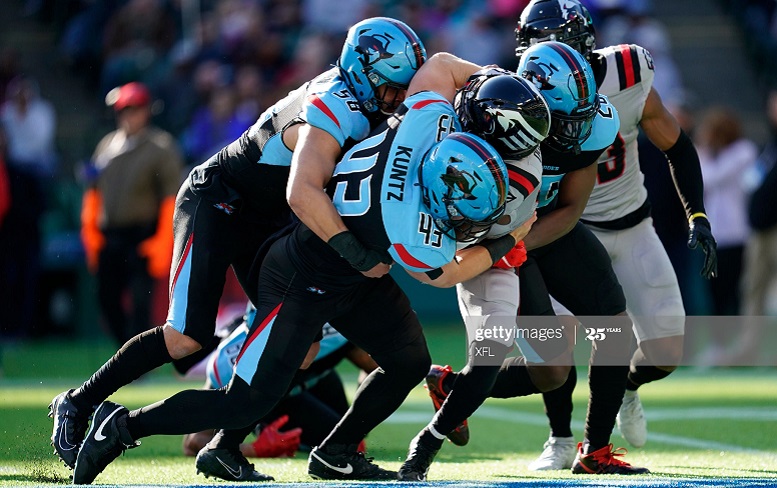 The Pittsburgh Steelers now have a second long snapper on their roster and it’s Christian Kuntz, who was with the team last year during training camp and the preseason

Kuntz, a Duquesne product, most recently was a long snapper in the XFL with the Dallas Renegades. He entered the NFL originally in 2017 as an undrafted free agent linebacker with the New England Patriots.

After being cut by the Patriots, Kuntz focused on becoming a long snapper and ultimately spent time on the rosters of the Denver Broncos and Jacksonville Jaguars in 2018. Two of those weeks was spent on the Jaguars practice squad to close out the 2018 season.

After being waived by the Jaguars last June, Kuntz signed with the Steelers last August. He played in the Steelers preseason finale against the Carolina Panthers at both long snapper and outside linebacker and even registered a sack in that contest.

Kuntz played linebacker in college and was a part of three Northeast Conference (NEC) championship teams (2013, 2015 and 2016). He is the only Duquesne player in the school’s history to earn All-America honors three times and finished his collegiate career with a school record 30.5 sacks and 248 tackles en route to earning two NEC Defensive Player of the Year awards.

The Steelers re-signed long snapper Kameron Canaday a few weeks ago to a two-year contract so he’s expected to retain that job in 2020 barring injury.