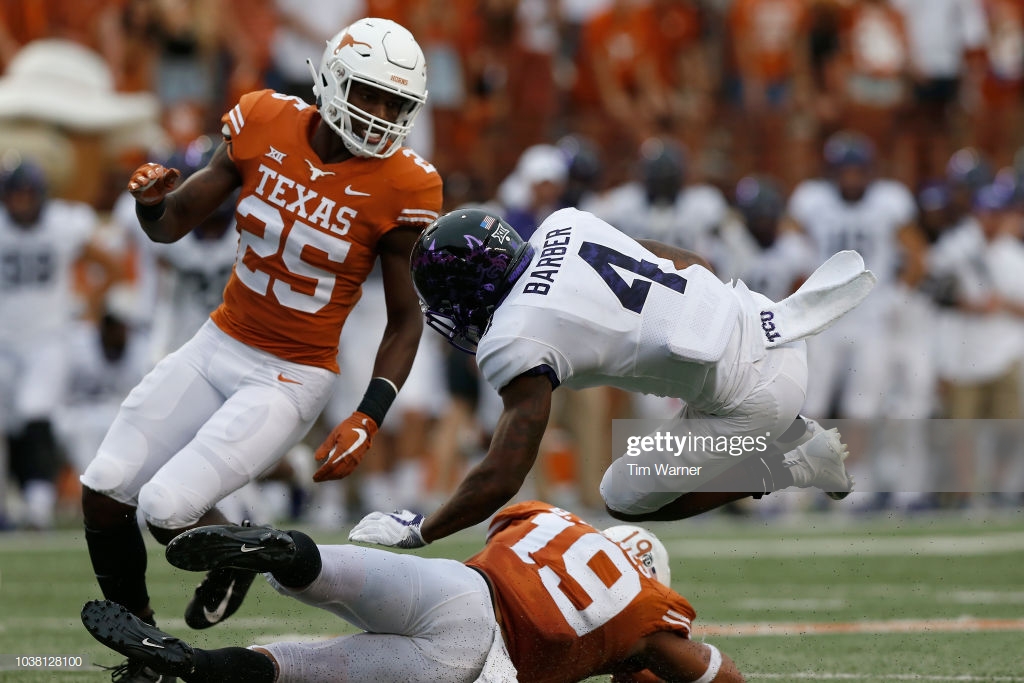 In addition to learning the team showed interest in Tennessee EDGE rusher Darrell Taylor, the Pittsburgh Steelers are doing their homework on Texas safety Brandon Jones. SB Nation’s Justin Melo passes along word the team had a formal meeting with him at the Combine.

#Texas DB Brandon Jones blew away a lot of the teams at the combine with his football IQ. He had formal interviews with the #Bengals, #Patriots, #Bears, #Vikings, #Seahawks and #Steelers.#NFLDraft | #NFLCombine | #NFLCombine2020 | #NFLDraft2020

Jones has been a name lost to injury through the pre-draft process thanks to a torn labrum that held him out of the Senior Bowl – he didn’t attend – and the Combine, where he was invited but was unable to workout. He started 31 games at Texas picking off four passes, including two as a senior.

Despite the injury, he’s been working hard to impress scouts. According to Bleacher Report’s Matt Miller, Jones studied and took notes on all 32 teams, coming prepared to each meeting he had. From Miller:

“He broke down every NFL team’s defensive plays from 2019. All 32 teams. Every defensive play. Jones told me he has notebooks for every team he’ll hand out during interviews at the combine.

‘I knew I had a lot to prove after missing the Senior Bowl and now the combine, and I wanted to do something other than rehab to build the mental side of my game and show what I can do mentally. I learned it’s a lot of fun to break down film. Whether or not it helps my draft stock, I know it’ll help my acclimation to the NFL because I have a better understanding of what teams are doing.'”

It’s fair to say he left a strong impact on the Steelers. It has a Cam Sutton feel, who blew away Pittsburgh with his knowledge all over the defense. Here’s what Vols head coach Butch Jones had to say about Sutton’s meeting with Mike Tomlin and Kevin Colbert pre-draft after Sutton was able to give the call for the entire Tennessee defense, even the front, from any given game.

“‘Mike Tomlin comes out and says, ‘Butch, I need to see you.’ I said, ‘What’s up?’ He goes, ‘In all my years of coaching, I’ve never been through an interview like that. He could tell us everything.’

“I think that’s why they drafted him.'”

Miller says Jones will work out at Texas’ Pro Day on April 1st. With lots of talent there, notably him and Devin Duvernay, you can expect Kevin Colbert and/or Mike Tomlin there.

Check out our entire report on Jones below.