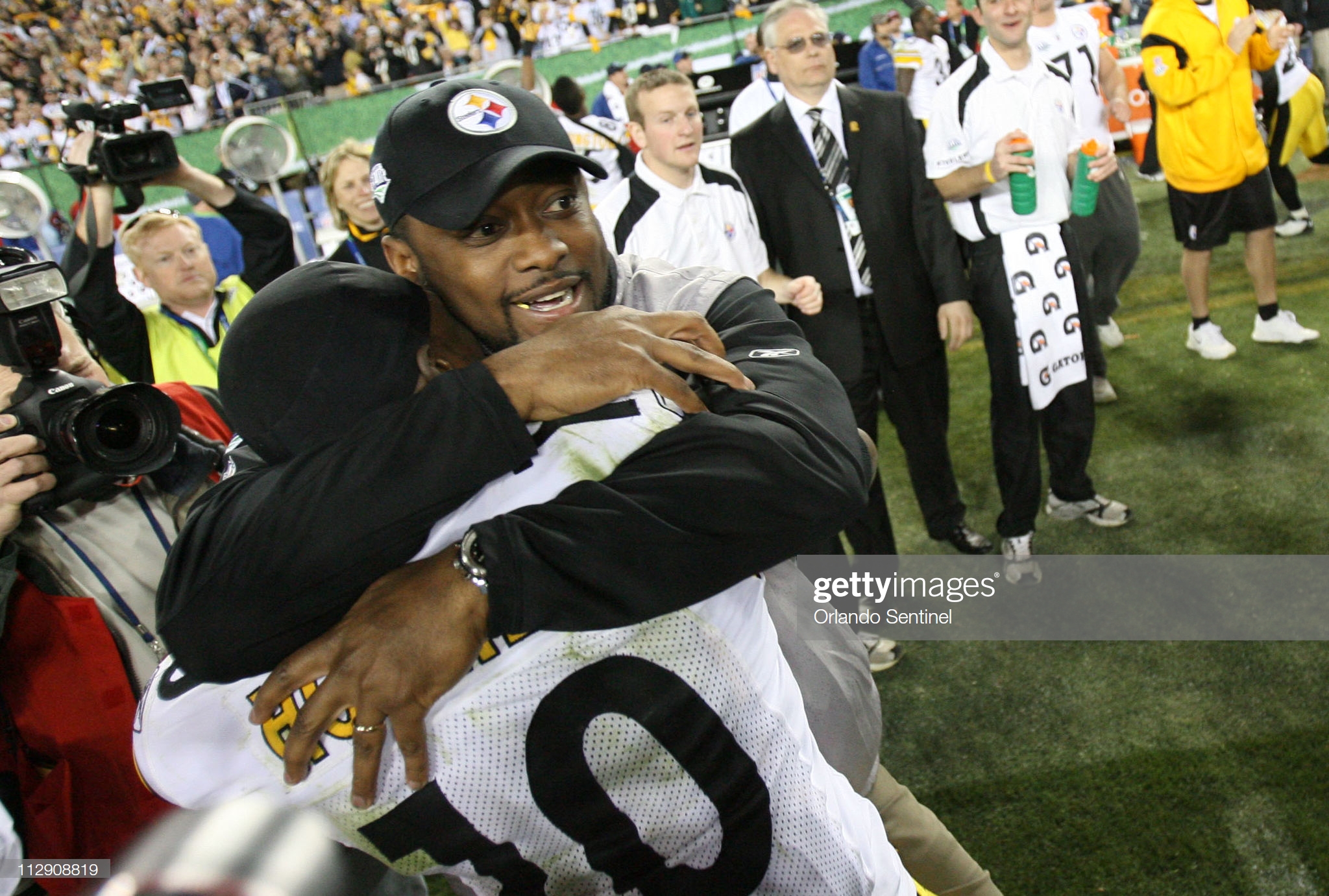 While he was a solid contributor on the field, Arthur Moats made himself into a fan favorite with the Pittsburgh Steelers because of what he brought to the table as a person. So it’s no surprise that he has kept himself in and around the game after retirement dipping his toes into the media market, with his primary venture currently being The Arthur Moats Experience Podcast.

He recently had former Steelers wide receiver Santonio Holmes on the show for an interview. Though they never played together, Holmes’ tenure with the team reaching from 2006 through 2009, he has been around the team as an alumnus a fair bit recently, so they surely have encountered one another.

Moats asked him about his experience being coached by Mike Tomlin, under whom he played between 2007 and 2009. “Coach Tomlin was very into his players”, he said. “He checked in on us, he cared for us, he kept it real with us. He looked us in our eyes…he’s a very caring person, and he didn’t want his people around him to fail [out of] stupidity or a lack of judgement”.

I’m sure those of you reading are familiar with Holmes’ history. While he was a great asset on the field, he had a dubious track record off the field, which extended beyond his time with the Steelers. In fact, the team made the decision to trade a former first-round Super Bowl MVP for just a fifth-round pick in 2010 because of those things. Which including a pending four-game suspension. But for Holmes, leading up to that, Tomlin was always in his corner, and has been for his players.

“It’s always real. He never gets on you as a player. He gives you real-life scenarios and situations and things of how we can make better judgements in the situations that we’re encountering”, he said. “Whether we’re on the field or off the field. And that’s what, I think, us as players grew to love, and I think that’s what the organization fell in love with, that he demanded that from his players, and the players showed that respect to him”.

“I love him for it”, Holmes went on. “I love him for sticking with me and trusting me to get the job done, having the faith in me, seeing my hard work and wanting to help me. That’s one of the things I really commend him for, for reaching out and willing to put himself on the line to get me help, and to get help for me. And I know he did it for every other player that he’s encountered with any situation”.

Holmes last played in 2014, for the Chicago Bears. After three years out of football, he returned to the Steelers in order to retire with the team that drafted him, and his presence as an alumnus since then has continued, participating in many of the team-sponsored charity events.

Meanwhile, the player the Steelers ultimately drafted with what they got back from the Holmes trade, Antonio Brown, is on a far darker path. While Tomlin has nixed any on-field reunion, he and others in the organization have said that the door is always open to him if he wants help, and they have reached out to his camp.