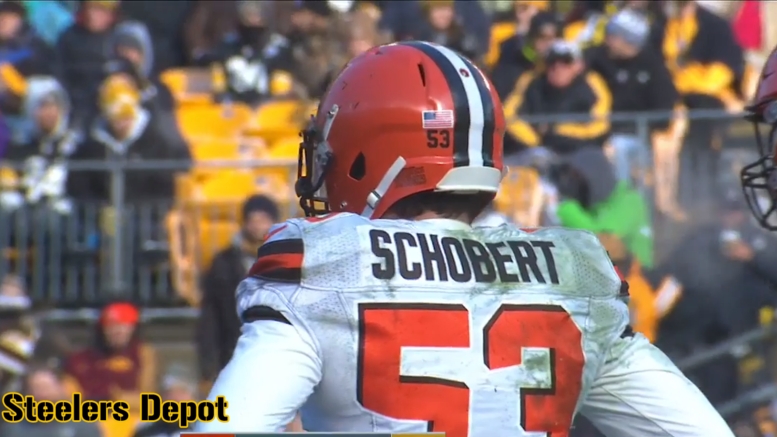 He might not be the first name that comes to mind when you’re talking about off-ball linebackers in today’s game, but Joe Schobert is one name you should know. The Cleveland Browns linebacker has been somewhat quietly perfecting his craft and becoming one of the best in the game.

Following a season in which he put up 133 tackles, two forced fumbles, four interceptions, nine passes defensed, and two sacks, the fifth-year veteran is set to become an unrestricted free agent, and the Browns are going to allow him to walk.

According to Mary Kay Cabot of Cleveland.com, Schobert’s agent recently met with new general manager Andrew Berry, and it became clear from both sides that the sense is they would not be working together in 2020 and beyond, “because they’re not prepared to pay him the double-digit millions he stands to make on the open market”.

Instead, she writes, the Browns, who per Over the Cap are projected to have more than $60 million in salary cap space, intend to make a significant investment in their offensive line. The left tackle position would obviously be the primary place of interest, with Greg Robinson no longer being with the team after he tried to smuggle over 150 pounds of marijuana across the border.

“He’s obviously earned the right to test the market if he deems that appropriate”, Berry said of Schobert at the Combine before the meeting with his agent. “But it’s one of those situations where we like Joe. It obviously has to work for both sides. It has to work for us from a cost perspective with our long-term roster strategy, and obviously it has to be a fit for Joe and his family as well”.

The Browns do have some depth at linebacker, including 2019 rookie Mack Wilson, who as a late-round pick impressed many around the league. He was an early favorite in the pre-draft process before his stock slid significantly over the course of the evaluation process, but his on-field work so far has suggested it shouldn’t have fallen so far. They will also have Christian Kirksey returning from injury.

The Browns are also reportedly expected to part with Olivier Vernon, which is somewhat ironic, given that they traded one of their best offensive linemen, Kevin Zeitler, to the New York Giants in order to acquire him. And now they intend to use the savings from relieving themselves of his contract on the offensive line.

Cleveland does have some players along the line that they like, namely left guard Joel Bitonio and center J.C. Tretter, with both of whom they have given extensions. The rest of the line, however, could be targeted for upgrades, including the right tackle spot occupied for the past two seasons by former Pittsburgh Steeler Chris Hubbard.