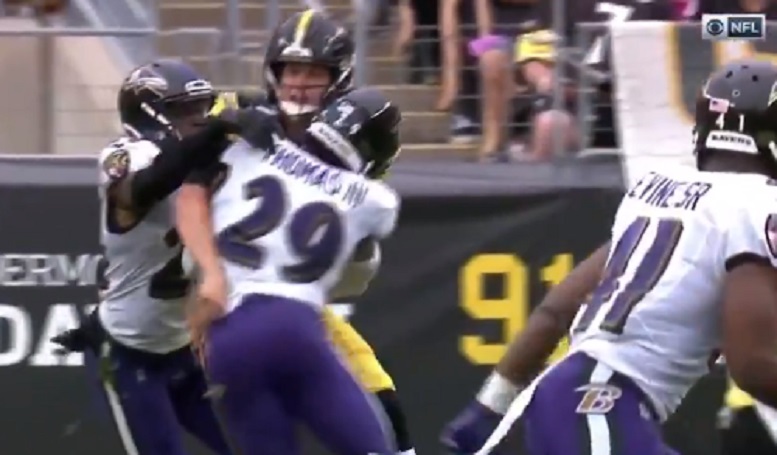 It seems as though with every new round of positive news about the recovery process of Ben Roethlisberger, more and more people are slowly but surely jumping on the Pittsburgh Steelers bandwagon as contenders for the 2020 season.

After all, why not? This is a team that managed to go 8-6 without Roethlisberger, and, well, he is a pretty good quarterback who should be able to account for at least a couple of wins above replacement. And I’m sure the Steelers’ quarterback situation last year netted them a WAR in the minus.

Among the many outlets debating the Steelers for 2020 was Get Up on ESPN, with Marcus Spears and Domonique Foxworth, hosted by Mike Greenberg. Both panelists agreed that Pittsburgh will be very much in the mix going into next season.

“100 percent they are, and one is Ben coming back”, Spears said. “Obviously they had a tough season, a rollercoaster ride with their quarterback play, but also, let’s not forget that Mike Tomlin is the head coach, who sometimes we seem not to give enough credit until last year when he had to do it with guys that we didn’t think would be playing at all”.

Without Roethlisberger, Mason Rudolph and Devlin Hodges looked every bit the part of a couple of quarterbacks who had never thrown a meaningful pass in the NFL before. And of course, they hadn’t. Both of them were benched—for the other—during the second half of the year.

The thing that kept them afloat was the defense, with stars and emerging and resurging performances from everybody from T.J. Watt and Bud Dupree and Cameron Heyward to Minkah Fitzpatrick and Joe Haden and Devin Bush.

“This is going to be a really good football team”, he went on. “It will not be a cakewalk for the Ravens to get past Pittsburgh, especially if Ben is playing, because with Ben playing, not only does it instill confidence, it is a guy behind center that you know can win games, and you’ve seen win games. So for all the hype that’s around the Ravens, Pittsburgh will be there this year”.

While the Ravens are understandably the betting favorite to win the AFC North, having done so two years running now—though they are 0-2 in the postseason as well—the Steelers will absolutely be competitive for the division provided that Roethlisberger can be Roethlisberger—or even 75 percent o Roethlisberger.