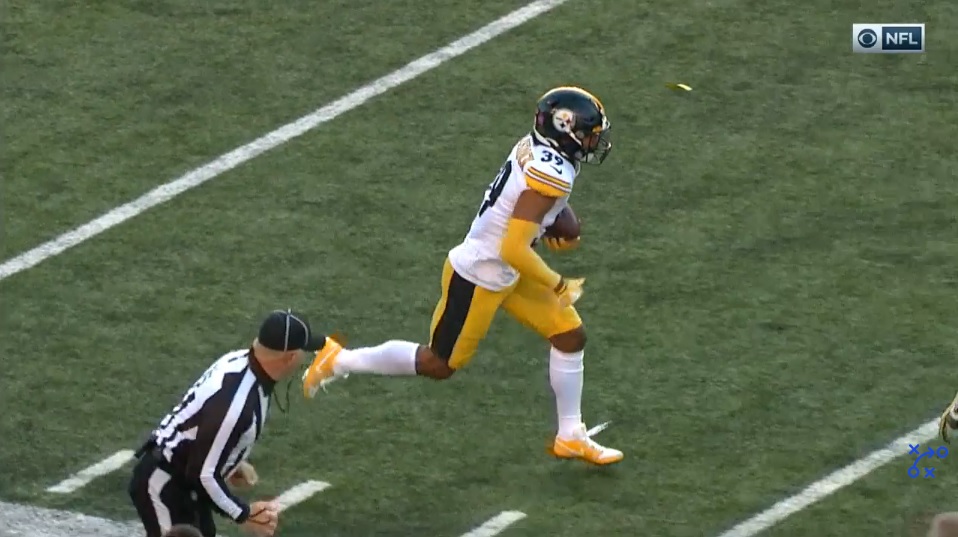 Even with the 2020 NFL Draft still weeks away, I can say with complete confidence who the best first round pick will be.

That’s how Kevin Colbert views the Pittsburgh Steelers not participating in the first round of this year’s draft. While the rest of the league scrambles to get their evaluation right, Pittsburgh is confident in who they have. That’s how he answered one question about the team’s draft capital in a Q&A session on Steelers’ Nation Unite.

“We have a first round pick and that was Minkah Fitzpatrick and we can’t be more excited about not only having Minkah in the fold last year but as we move forward into this draft because of the unknown, issues we’re going to be dealing with,” he said on SNU. “We feel real comfortable, even more comfortable having made that trade than had we not.”

Under normal circumstances, giving up the #18 pick for an All-Star like Fitzpatrick would be a slam-dunk win for Pittsburgh. It looks even better now that the pre-draft process has been severely disrupted, creating more uncertainty in the evaluation process. The Steelers have a known commodity in Fitzpatrick and a darn good one. The rest of the league will hope to get it right. Rookies who, by the way, will struggle to find their footing in 2020 knowing offseason programs will be wiped out, potentially even training camp, putting those guys well behind before the start of the regular season.

Colbert then conceded he doesn’t know what the team will do with their first pick at #49.

“At 49. It’s hard to say. When you’re dealing and you’re sitting in the first round and you’re picking 18th or 20th or 30th, wherever you have a much better idea of what may be there for you. But in this case, we don’t, and you know, we most likely will have to wait.”

It’s impossible to predict who the team will select in the second round. It’s fair to say the team won’t have a good idea until the start of Day Two. Colbert said he “can’t see” the team moving up into the first round, a predictable announcement, but said he was “confident” they’ll fine talent at #49.

Picking at #49 will be the latest “first” pick the team has had since 1963, when head coach Buddy Parker traded the team’s first seven selections, not getting on the clock until #108.